This week’s show
Confronting Trump, a Report Card on the Opposition
Now available on Soundcloud
(Coming soon to iTunes, Google Play and a station near you)
This week’s guests include Gonzalo Martinez de Vedia of Indivisible; Doug Honig of the ACLU; Chicago lawyer and author Steven Harper; Javier Corrales of Amherst College; and David Stoesz and Molly Watkins of Seattle’s Resistance Salon. 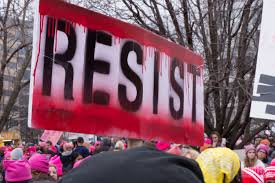 Broadcasting from the “blue states” of the Pacific Northwest, American Fault/Lines, hosted by award-winning journalist Lawrence Pintak, will bring a perspective that breaks free of both the NY-Washington corridor and the dominant ethos of conservative talk radio.

The program will take a provocative approach to the most divisive issues of day, examining the fissures in U.S. society and global relations through intelligent, fact-based interviews with guests who are not “the usual suspects,” and who can shed light on the roots of division, the context of the debate, and the possible solutions.

One-hour weekly. Single-topic. The goal is to generate discussion and debate while seeking to understand the seminal issues shaping our society. No shouting matches, no dismissing unpopular opinions. But no BS either. A combination of one-on-one interviews, discussions with multiple guests, and panels of analysts, domestic and foreign.

VISIT AMERICANFAULTLINES.COM
The Host
Lawrence Pintak is an award-winning former CBS News Middle East correspondent, Senior Non-Resident Fellow at The Atlantic Council, and contributor to ForeignPolicy.com. He was founding dean of the Edward R. Murrow College of Communication at Washington State University (2009-2016).
Read his articles at www.pintak.com. His books include Reflections in a Bloodshot Lens: America, Islam & the War of Ideas; Islam for Journalists (and Everyone Else); The New Arab Journalist; and Seeds of Hate: How America’s Flawed Middle East Policy Ignited the Jihad. He holds a PhD in Islamic Studies from the University of Wales, Trinity Saint David.
Pintak is currently on sabbatical until the fall of 2017.