Jared Kushner became known as “the eyes and ears” of Donald Trump during the campaign and he is now expected to play a key role in efforts to bring peace to the Middle East.

Jared Kushner is the grandson of Holocaust survivors and he was raised in an Orthodox Jewish household.

Kushner is also the publisher of the weekly Observer to which I submit the following Open Letter to the Editor:

This reporter writes to you as a granddaughter of a German Jew who died before I could learn how many of my relatives may have been gassed or fried by the Third Reich.

I also write to introduce Jared Kushner to my audience at USA’s TheArabDailyNews, the Newspaper of Record for the American Arab community. 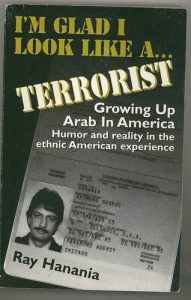 Our Managing Editor Ray Hanania’s Christian parents were born in Bethlehem and Jerusalem and his beautiful wife Alison has always been a Jewish American.

Ray is also a stand-up comic who after the September 11 attacks, created the Israeli-Palestinian Comedy Tour and Comedy for Peace, uniting Israeli and Palestinian comedians.

And “you may call me a dreamer” -John Lennon

But I IMAGINE dear darling Jared Kushner could be the instrument to broker a SECURE peace for Israel and a JUST peace for Palestinians.

Boaz Bismuth, the foreign editor for Israel Hayom recalled a December 2015 interview with Donald Trump and stated: “The first thing he mentioned was Jared — he spoke of him as someone he counts on. He told me then that Jared knows Israel, follows what’s going on here.”

Amin Maqboul, secretary general of the revolutionary council of Fatah, the party that controls the Palestinian Authority told The New York Times: “I don’t personally know Jared Kushner and have never met him, but welcome the idea of having him assist in breaking the deadlock in the negotiations of the conflict.”

All the World welcomes ideas to break that deadlock and this reporter contends it’s always about the money.

During fiscal year 2016, the U.S. is providing Israel over $10.2 million per day in military aid and $0 in military aid to the Palestinians. (View Sources & More Information)

On 8 August 2016, Grant Smith, director of the Institute for Research: Middle East Policy (IRMEP), filed a lawsuit in U.S. Federal court because U.S. aid to Israel became illegal under a law passed in the 1970s that prohibits aid to nuclear powers that have not signed the Nuclear Non Proliferation Treaty (NPT).

Grant’s lawsuit came just as the Obama administration was pushing to finalize a new ten-year memorandum of understanding, which will boost aid to Israel to $4 billion per year.

Since the bans went into effect, U.S. foreign aid to Israel has topped $234 billion; BUT under the Symington and Glenn amendments the USA MUST cut off foreign assistance!

The attack on the USS LIBERTY remains the only incident of damage to a major US ship since the sinking of the USS MAINE that has not been investigated by the US Congress.

This New York born and bred Non-Arab Senior Correspondent for the Newspaper of Record for the American Arab community affirms the following links at TheArabDailyNews are the best source to the facts regarding:

Excerpted from UNCENSORED “30 Minutes with Vanunu”

Jews and Arabs together: I am lucky to experience something I wish more could Bloggers

Only for Israel is bad rhetoric worse than murder Arab World