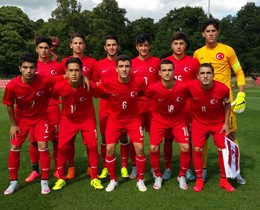 The Turkish Football Federation (TFF), in a demonstration of the inseparable ties between sports and politics, has effectively declared its support for renewed Turkish-Kurdish hostilities designed to enhance the prospects of President Recep Tayyip Erdogan’s ruling party in forthcoming snap elections.

With armed Kurdish youth effectively taking control of at least one predominantly Kurdish city in south-eastern Turkey, Turkish war planes pounding Kurdistan Workers Party (PKK) positions in the region as well as in northern Iraq as well the People’s Defence Forces (HPG), the PKK affiliate in Syria; Turkish authorities arresting some 1,000 alleged PKK supporters; and PKK attacks on Turkish security forces, the TFF is preparing to penalize a third league club for releasing white peace doves at the beginning of a competition match.

The ruling Justice and Development Party (AKP) failed in June to win the majority it needed to again form a one party government and push through parliament constitutional changes that would turn Mr. Erdogan’s largely ceremonial presidency into an executive one. Mr. Erdogan has called snap parliamentary elections for November 1 after the AKP failed to form a coalition government.

Critics and Kurdish activists charge that Mr. Erdogan hopes that the breakdown in peace negotiations between the government and the PKK and the renewed hostilities will allow him to recuperate nationalist votes and weaken the Peoples’ Democracy Party (HDP), the first predominantly Kurdish party to win seats in parliament at the expense of the AKP.

The TFF’s decision to refer Batman Petrolspor to the federation’s disciplinary committee highlights the contradictions in efforts by national, regional and global soccer administrators to maintain the fiction that sports and politics are not intertwined like Siamese twins at the hip.

The TFF may have a legal foot to stand on with its assertion that Batman had violated federation rules, yet the move flies in the face of repeated statements by administrators, including world soccer body FIFA president Sepp Blatter that soccer is a tool “in our quest for development and peace.”

By acting on the letter rather than the spirit of laws governing soccer, the TFF has taken an inherently political decision that works in Mr. Erdogan’s favour.

It sharpens fault lines that crisscross Turkish soccer between fans and a government that in recent years has sought to secure political control of the game in its effort to undermine supporters’ power in stadia and on the streets as demonstrated in the 2013 mass anti-government protests and between clubs in predominantly Kurdish south-eastern Turkey that increasingly position themselves as Turkish Kurdish rather than purely Turkish.

“I don’t know if such a penalty exists anywhere in the world. At first we thought they were joking. We only realized it was real once we got hold of the documentation. We aren’t going to file a defence, because we don’t recognize our action as a crime. We are willing to accept any form of penalty. We’d prefer peace in the country and in the region to any championship,” said Batman vice president Ilhan Erken.

The TFF earlier this year penalized another third tier soccer club in the predominantly Kurdish city of Diyarbakir for adopting a Kurdish name. The federation charged that the club long known by its Turkish name, Diyarbakır Büyükşehir Belediyespor (Diyarbakir Metropolitan Sport), had changed its name to the Kurdish Amedspor and had adopted the yellow, red and green Kurdish colours in its emblem without the soccer body’s approval.

Amed is the long banned Kurdish name for Diyarbakir, the unofficial Turkish Kurdish capital. The federation said the club had also failed to register its new name.

Earlier, Ilhan Cavcav, the chairman of Ankara club Genclerbirligi SK, known for its left-wing fan base, sparked outrage among nationalists by suggesting that the Turkish national anthem should no longer be played at the beginning of domestic matches and only in international encounters. Turkey began playing the anthem at domestic matches in response to the 30-year old PKK insurgency that has cost more than 40,000 lives.

A match in December 2014 between Amedspor, and Galatasaray SK, a storied Istanbul club popular among Kurds because imprisoned PKK leader Abdullah Ocalan identified himself some two decades ago as a Galatasary fan, witnessed despite pro-Kurdish expressions by supporters of both clubs the stoning of the Galatasaray team bus.

“We love you, we love the one who loves you even more,” said a banner hoisted by Galatasaray fans in an apparent reference to Mr. Ocalan. Fans whistled as the Turkish national anthem played.

Amedspor president Ihsan Avci noted after his club won the match that it was not “Diyarbakır’s team but Kurdistan’s team, the people’s team.”

More recently Kurdish disaffection has exploded in unrest in Cizre, a south-eastern Turkish town where armed youth roam the streets. Non-Kurdish soccer teams visiting Cizre have seen their buses and players repeatedly attacked with stones. As a result, Mr. Cavcav’s Genclerbirligi was transported in armoured vehicles when it came to play in Cizre in December. Media reports said the same vehicles had last year brought Iraqi Kurdish fighters with Turkish government approval to the Turkish Syria border from where they headed to then Islamic State-besieged city of Kobani.

Writing in Turkish daily Vatan, a reporter in Cizre noted that “nobody knows the reasons (for the unrest) in Cizre. Opinion leaders can’t explain their meaning. Public officials cannot explain the depth of the incidents, but step by step things are getting out of control.”