Arab Muslims are telling their Pharaohs, get off my back! A’ashora’s Day makes a connection between Judaism and Islam, Arabs have been forced to fast for decades for their freedom and basic civil political rights.

Muslims in the world are observing A’ashora, the first day of a ten-day observance marking the beginning of the Muslim New Year, 1438 AH, in the holy month of Moharem. Muslims both Sunna and Shia’a accord a special intention for this day marked by fasting and prayer in daily observances.

It is known particularly to Western viewers as a mourning day of the Shea’a, commemorating the death of al-Hussein Ibn Ali, grandson of the Prophet Mohammed.

For forty days, worshipers walk in the streets, wearing dark clothes, whipping themselves on the chest and the head to express their collective punishment. For the Sunnis, it is considered a minor holiday of respect, for pupils and public servants, a day off from school and work.

For adults, it is a day of “zakat,” a day when the fortunate give to those less fortunate, a socio-economic act that is important because zakat (charity) is the third pillar of Islam.

A’ashora’s Day makes a connection between Judaism and Islam. This is considered a day of fasting by the Jews of Yethrib, a day of repentance and expiation. On an historical note, when the Prophet Mohammed was exiled from Mecca to Medina, he noted that the Jews were fasting that day, so he asked them for the reason of their fast.

They answered that it was in memory of the day when God gave victory to the prophet Moses (Moussa) in delivering the children of Israel from the tyranny and injustice of Pharaoh.

A’shora also coincides with the turmoil of Arab uprisings and the flowering of jasmine bushes and orange branches throughout the land. In those years Arabs were telling their Pharaohs, “get off my back! Tyranny and social injustice have no place in our homes and public places!”

Arabs have been forced to fast for decades for their freedom and basic civil political rights. However, during the Arab Spring uprisings, the people threw down the modern-day Pharaohs, Ben Ali, Saleh, al-Gadhafi, and Mubarak; though they are still not free from the iron hands of Pharaohs’ guardians as in Egypt and Syria.

This dilemma is complicated because the “Pharaoh of Damascus” finds refuge in the regional and super powers’ palaces, while his armies are chasing his people to the Aegean and Mediterranean Seas to exile, seeking refuge in European countries.

The list is still long, nonetheless, Arabs have reached a point of no-return and no-fear. 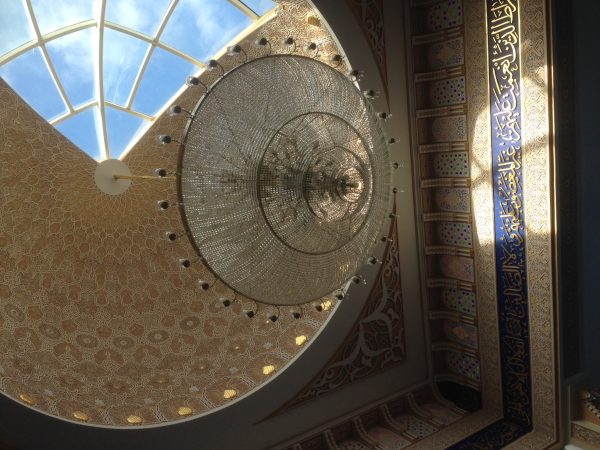 The “Mullah-crats” in Teheran and their proxies in Baghdad, Yemen and south Beirut in Lebanon feel that public punishment rhetoric will save them from any public disenchantment of their people anytime soon.

In 2014, after taking control of territory in the Sunni heartlands in Musul, Iraq and Req’qa, Syria, ISO proclaimed itself a caliphate, calling Arab states illegitimate and proclaiming itself the exclusive authority over the Islamic world.

Hence, ISO targets Shea’a Muslims and Sunnis alike, not only in Iraq, Syria, Yemen, Afghanistan and Pakistan, but attacking Shea’a shrines everywhere. This delirium will undoubtedly give some “legitimate” political capital to the Mullahs to appear as zealous guardians of the Shea’a heritage.

The situation is totally out of control for the so-called “New Iraq.” The lack of trust in and incompetence of the Iraqi leadership have left the civilians to fend for themselves in dealing with violence and uncertainty. It has become a matter of survival for the country now, because its ethnic-sectarian history of social co-existence is disappearing from memory, and national unity is under fire as never before in its modern history.

Iraqi Sunna and Shea’a have cohabited peacefully for centuries. They have a very solid social web that holds them together — inter-marrying, managing businesses, fighting for their country and showing their patriotic pride. For instance, during the first Gulf War with Iran (1980-1988), the majority of Iraqi Arab Shea’a fought with their fellow Sunni Arabs and Kurds against the Iranians.

Yet, Iraq is an example to be considered closely in the sectarian comportment that is positioning the country and the region under a geo-strategic (Sunna-Shea’a) hegemony in a triangular suspension between Tehran-Riyadh and Ankara.

A dream of social cohesion is dissolving every night as people leave  their neighborhoods and their properties behind and flee the country if they can.  Society is dissolving even faster due to the daily bombing and the killing of civilians in the name of Iraq or “Islam” and these atrocities have served to deepen the wounds of a sectarian war.

One must say the origin of this ethnic-sectarian disintegration with its socio-political themes was the initial invasion which led to the absence of a strong political power and the loss of a cohesive military institution to maintain law and order in the main Iraqi cities.

Ultimately, Iraq has paid for the contempt of the neo-cons in U.S. foreign policy affairs in the Middle East and their hawkish allies in Israel’s Likud party.

In sum, A’ashora is still a commemoration, whether you mourn or fast. It should be viewed in the Arab world as a day of freedom like the Jews — why not learn from the Jewish tradition of the exercise of power in their theocratic state and let, in the long run, tolerance thrive in Arab societies as it does in Jewish society.

Today Israel is a model of “democracy” for Jews people in the eyes of the West, so let the Arabs try out their “democracy and get rid of their “Pharaohs” — maybe Arab democracy will be seen as a model as well.

Sharon and Hamas: How the Likud Bloc Mid-wifed the Birth of Hamas Arab World