“Liberty-Equality-Fraternity” is the motto of the French Republic but the spirit it implies is applied selectively in reality.

Paris, France — In October of 2005 neighborhoods in the banlieues of France erupted in violence, the cause of those riots, the deaths of two teenagers Ziad and Bouna, electrocuted on a power transformer while trying to elude the police in Clichy-sous-Bois, northern Paris.

Three weeks of urban violence followed that shook France and its government led by then-Premier Dominique de Villepin. This month is the anniversary of that tragedy.

“Liberty-Equality-Fraternity” is the motto of the French Republic but the spirit it implies is applied selectively in reality. France, like any colonial Empire builder or prosperous nation of the West, is an inviting temptation to immigration for people, particularly those from the north African regions, who seek a life of opportunity they cannot have in their native countries.

France has more than six million immigrants of Arab-Berber and sub-Saharan African descent who live in France today.

The Maghrébin population is socially and linguistically integrated, but the majority of that population is economically and culturally disintegrated. Why? The ethnic-sectarian stereotype complicates the integration process for both the “Adopter and the “Adopted” equation. Hence this complex social dilemma becomes a catchy political imperative for the French politicians to chew on in every local, region or national election. Indeed, the “other,” the Muslims, are the “bogey-man” of all France’s malaise. 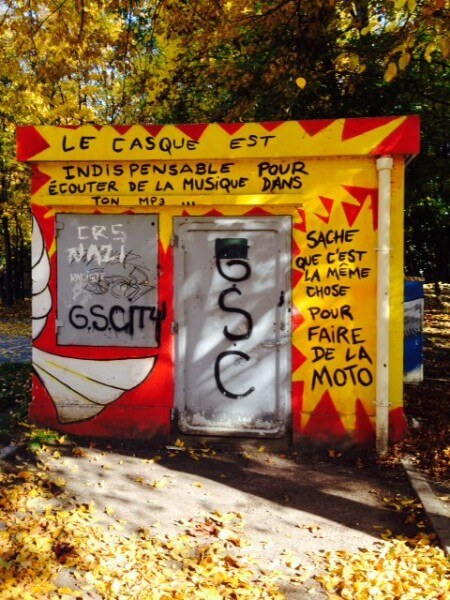 Some insist the socio-cultural background of the “Adopted” versus the colonial mentality of the “Adopter,” post-Charlie tragedy, makes the equation insolvable.

The ethnic group to which Ziad and Bouna belonged derives mostly from poor, uneducated parents who immigrated to France in the mid-60’s and early 70’s in search of a better life.

However, the response they received was not a welcoming one, which ultimately forced the group to settle into ghettos in the suburbs of the larger cities (Paris, Lyons, Marseille, Toulouse) in housing projects pejoratively called “les cités” by the French media and arrogant politicians and intellos. It was here they brought their tradition and rituals, opened Halal markets, established their Mossalas (rooms for prayer) in basements without official Imams, and proceed to raise their families. 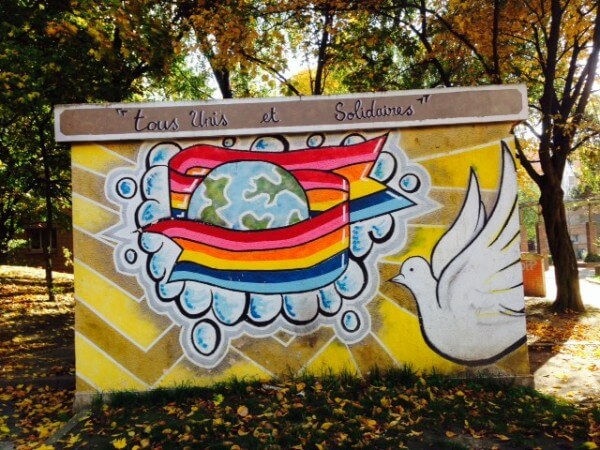 This social behavior created within the ghettos set them apart within the larger culture and led to the cliché assumed by white Caucasians with their bourgeois values who scornfully judged the Arab/Muslim arrivals as lazy, dirty thieves and thugs — and called their children and grandchildren “les banlieusards/rebeus” (Arab backwards). This undeserved profile was challenged by Ms Rachida Dati, former Minister of Justice in the Sarkozy cabinet who clashed with her TV interviewed for using the adjective “rebeu.”

Even though all these characteristics could and do exist in any race or ethnic group, it does not describe a life style that Arab people would choose to follow. Even so, it is an assumption held by the French who persist in their arrogance to view these people in this manner.

Despite the existence of white European immigrants from Spain, Portugal, Poland, and even some from southeast Asia, this debasing classification toward this group is the result of a historical conflict-based relationship, specifically with the Algerians, with whom France has a long and bloody history. As a consequence, this stereotype extends to all Arabs, as in the U.S. where a similar attitude prevails toward Mexicans. 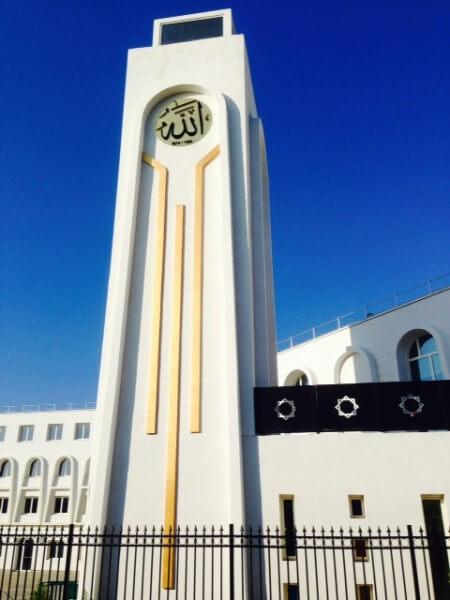 This was not always the case. For a moment in 1998 during the World Cup play-offs, the whole country was wrapped up in a new French flag, “Beure-Blanc Black,” (Magrébins-White-Black) which became the metaphor for “Bleu-Blanc-Rouge” and exemplified the French melting pot at that time. France won that World Cup with a team reflecting that mélange: Zidane-Deschamps-Desailly.

The French of today who bear an Arab/Muslim heritage are an integrated part of the French nation, and there is no possibility of repatriating them to the land of their parents or grandparents. The sons and daughters of the Magrébins deserve to be accepted just as the Polish or Hungarians and judged on their skills, not the color of their skin. Do not close the doors of elite schools in their faces, keeping them exclusively for rich white families.

This generation is more than the stereotype of football player, rapist, or worse, jihadist/terrorist. They are actively integrating in the political process through participatory democracy and as social activists running for local offices in their municipalities, serving in provincial and regional assemblies, ultimately achieving nation representation.

The irritating issue of stereotype is still a chronic matter. The French simply cannot chant “Zidane for President” as they did in 1998 and raise his poster in the Arc de Triomphe or welcome the Algerian novelist Assia Djabbar into the famous Académie Française and expect these gestures to alleviate the stigma of stereotype. 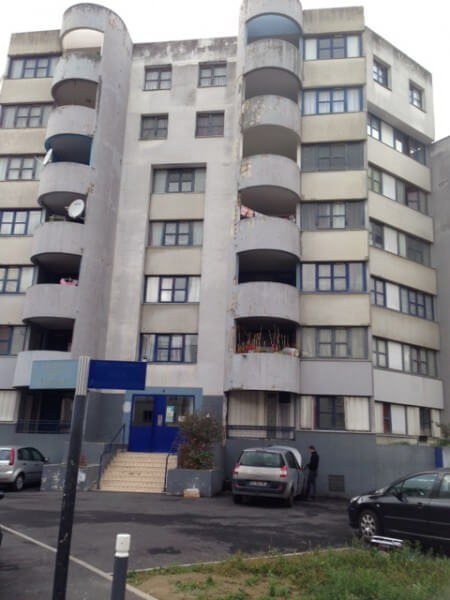 These “success” stories were followed by the appointment of Ms. Rachida Dati as Minister of Justice in the Sarkozy administration. And today two prominent Ministers in President Hollande’s administration, Ms. Nadjet Valaud Belkacem and Ms. Myriam el-Khomri, respectively, are overseeing the National Education and Labor portfolios, two sensitive managerial tasks that could determine the success of President Hollande’s term in office.

On Monday Premier Valls paid a visit to the banlieue on the tenth anniversary of the riots of 2005. At that time he announced the implementation of a “testing” procedure by which a sample of companies would be scanned for possible discriminatory practices against candidates during recruitment, specifically for those with non-latin connotation names. This measure was initiated in May by François Rebsamen, then-Minister of Labor, to compensate for the abandonment of anonymous resumes.

Yet Premier Valls’ announcement seems designed to send a timely message on the action of his government on the eve of the December regional election; a crucial delivery for his boss who is losing the banlieue vote and that of the Arab/Muslim community in general, a proximate 5%, who voted massively for him in the last Presidential election in 2012. 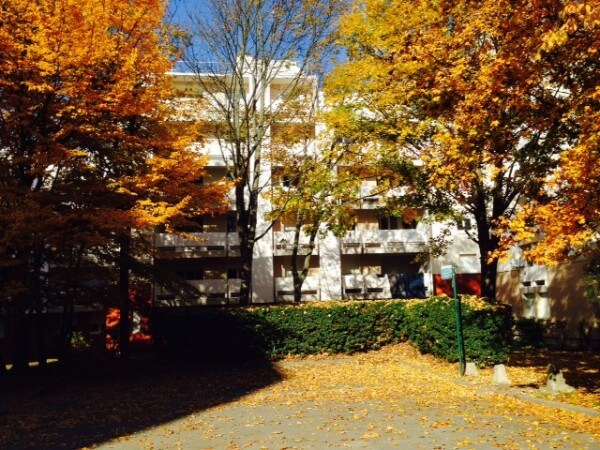 While all agree in private that France is still a welcoming country and vast enough for immigrating people to live and work, the French mainstream continues to act with hypocrisy. On the other hand, the children and grandchildren of those original immigrants are fully wrapped in France’s socio-cultural fabric. The vast majority don’t consider themselves immigrants, why should they, and don’t like to be treated as second-class citizens and dismissed as banlieusards.

So, there is a seed of hope growing in this dark forest, a middle class generation is emerging from “les cités” and either moving into nearby outlying towns or buying nice townhouses and charming French maisonettes a few kilometers away from those dark towers where they grew up.

Young businessmen and women, doctors, lawyers, journalists and university professors, all are expressing vivid pride in the social heritage of their parents and are saying, enough is enough of political show, ideology and rhetoric.

In sum leave comedy to the comedians, otherwise [we] might end up electing a beur comedian president like the Guatemalans did last Sunday. Then the French would wake up to the good news and go applaud Djamel at his comedy club — not in Marrakech, but at 42 Boulevard Bonne Nouvelle, Paris