This year’s Christmas cries from the Holy Land come by way of the Latin Patriarch of Jerusalem from his annual Christmas press conference:

In a few days we will celebrate the birth of Christ; Christmas, the mystery of the Incarnation, the mystery of the Eternal Word who ‘became flesh and dwelt among us’… and I repeat the same words of Pope Francis, everything is distorted ‘because the world continues to make war’.  This famous ‘third world war being fought in pieces’, which he speaks of so often, is unfolding before our eyes in our region…

What a pain to see anew, hatred prevail over reason and dialogue! The anguish of the people of this land is ours, which we cannot ignore or disregard.  Enough!  We are tired of this conflict as we see the Holy Land sullied with blood.

To the Israeli and Palestinian leaders we say, it is time to show courage, and work for the establishment of a just peace.  Enough of stalling, reluctance and false pretenses!  Respect international resolutions!  Listen to the voice of your people who aspire for peace, act in their best interests!

Each of the two peoples of the Holy Land, Israelis and Palestinians, have the right to dignity, to an independent state and sustainable security.

Alas, our situation in the Holy Land resonates that of the world facing an unprecedented terrorist threat.  A deadly ideology based on religious fanaticism and obstinacy is spreading terror and barbarism amidst innocent people.

Yesterday, it was Lebanon, France, Russia, the United States; but war has been raging for years in Iraq and Syria. The situation in Syria is also at the center of this crisis; and the future of the Middle East depends on the resolution of this conflict.

We are facing a situation of total absurdity and duplicity.

On one side, some speak of dialogue, justice, and peace, while on the other hand promote the sale of arms to the belligerents!

We call to conversion, these unscrupulous arms dealers who may be without conscience, to make amends.  Great is your responsibility in these devastating tragedies, and  you will answer before God for the blood of your brothers.

Military response and the way of force cannot solve the problems of humanity.  We need to find the root and cause of this scourge, and to tackle them. We must combat poverty and injustice, which may constitute a breeding ground for terrorism….

Here in the Holy Land, this [interfaith] dialogue is of paramount importance where difficulties exist, but it is necessary to continue to hope all the more, to the viability of a Jewish-Christian-Muslim dialogue… [Full TEXT HERE]

Let me say this loud and clear. There is a world of difference between terrorist acts and the Islamic Shari’a. Islam is not only a religion, but a way of life. And at its heart lie the sacred principles of tolerance and dialogue.

Rabbi Michael Lerner encourages “in place of the Old Bottom Line of money and power, a New Bottom Line of Love and Generosity is possible. People of all faiths need to shape a political and social movement that reaffirms the most generous, peace-oriented, social justice-committed, and loving truths of the spiritual heritage of the human race.”

Whether we believe in that Divine spark within all or just honor the equality of all beings, we will at least try to live by The Golden Rule.

Jesus explained it in Matthew 7:12: “So in everything, do to others what you would have them do to you, for this sums up the Law and the Prophets.”

JUDAISM teaches: What is hateful to you, do not to your fellow men. That is the entire Law; all the rest is commentary.- The Torah

In the 20th century Paramahansa Yogananda, taught about the universal Christ Consciousness and founded the Self-Realization Fellowship in 1920 to bring the true teachings of yoga to the West and underscore the truth underlying all true religions.

In titling The Second Coming of Christ Paramahansa Yogananda explained:

What is necessary is for the cosmic wisdom and divine perception of Jesus to speak again through each one’s own experience and understanding of the infinite Christ Consciousness that was incarnate in Jesus. That will be his true Second Coming.

A thousand Christs sent to earth would not redeem its people unless they themselves become Christlike by purifying and expanding their individual consciousness to receive therein the second coming of the Christ Consciousness, as was manifested in Jesus.

Contact with this Consciousness, experienced in the ever new joy of meditation, will be the real second coming of Christ—and it will take place right in the devotee’s own consciousness.

In her best seller, “On Death and Dying” Dr. Elizabeth Kubler-Ross wrote:

There are only two emotions: love and fear.

From love flows happiness, contentment, peace, and joy. From fear comes anger, hate, anxiety and guilt. It’s true that there are only two primary emotions, love and fear.

But it’s more accurate to say that there is only love or fear, for we cannot feel these two emotions together, at exactly the same time. They’re opposites.

Whoever does not love does not know God, because God is love.- 1 John 4:8

There is no fear in love. But perfect love drives out fear, because fear has to do with punishment. The one who fears is not made perfect in love.-1 John 4:18 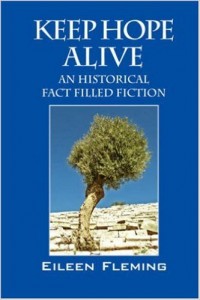 In KEEP HOPE ALIVE, I wrote:

And every tiny kindness you have ever done, every gentle word spoken, every time you held your tongue, every positive thought, every smile freely given, every helping hand that opens, helps bring in the kingdom. And the kingdom comes from above, and it comes from within. Imagine a kingdom of sisterhood of all creatures and all men.

There are no mistakes, no coincidences. All events are blessings given to us to learn from.

I believe that we are solely responsible for our choices, and we have to accept the consequences of every deed, word, and thought throughout our lifetime.

The opinion which other people have of you is their problem, not yours.

The ultimate lesson all of us have to learn is unconditional love, which includes not only others but ourselves as well.

Learn to get in touch with the silence within yourself and know that everything in this life has a purpose.

One of my purposes in this life has been to spin Jesus’ Sermon on the Mount for the 21st Century:

Jesus said, “Blessed are the meek, for they shall inherit the earth.”

The essence of meek is to be patient with ignorance, slow to anger and never hold a grudge. In other words: how comforted you will be when you also know humility; when you know yourself, the good and the bad, for both cut through every human heart.
Jesus said, “Blessed are those who hunger and thirst for righteousness, they will be filled.”

In other words: how comforted you will be when your greatest desire is to do what “God requires, and he has already told you what that is; BE JUST, BE MERCIFUL and walk humbly with your Lord.”-Micah 6:8
Jesus said, “Blessed are the merciful, they will be shown mercy.”

Jesus said, “Blessed are the pure in heart, for they see God.”

There is no need to go to India or anywhere else to find peace. You will find that deep place of silence right in your room, your garden or even your bathtub.- Dr. Elizabeth Kubler-Ross

The 5,000-year-old yoga wisdom is about breathing and meditation, which unites body, mind and spirit.

The yoga positions/poses/asanas that we practice in the West are less than 100 years old!

OM has been chanted or sung in prayer beginning between 800-500 BC.

Om is a sound and a symbol representing the divine in each of us, which connects all of us.

Om represents the sound of divinity in all things in the past, present and future.

I will keep Christmas this year breathing “Om” along with this YouTube in hope, trust and prayer for Christ Consciousness to prevail and dry all cries at Christmas; and for a New Year without FEAR:

Putting Amal before Nakba in next 70 years Arab World