Ridden by the worst corruption scandal in its history, world soccer body FIFA is breaking new ground by seeking to put United Nations guidelines for human rights at the centre of its activities.

If fully implemented, the move would not only set a precedent for other international sports associations but could also have far-reaching consequences for FIFA’s future selection of World Cup hosts, current tournament hosts Russia and Qatar, and the eligibility of various members of the executive boards of the group and its regional soccer federations.

The move would also put centre stage the relationship between politics and sports in general and soccer in particular. With human rights inextricably linked to politics, the initiative makes it more difficult, if not impossible, for FIFA to maintain its position that sports and politics are separate.

Denial of the incestuous relationship between the two has allowed FIFA and other international sports associations to enable autocracies and violators of human rights to use the World Cup and other tournaments to launder their reputations, distract attention from alleged abuse and suppression of human rights and basic freedoms, and project themselves favourably on the international stage. 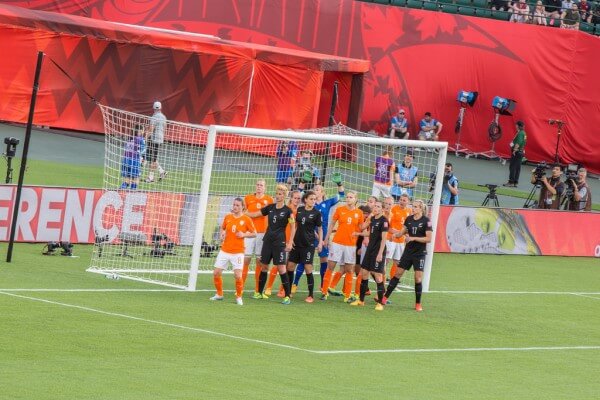 The proof of FIFA’s sincerity in becoming the first international sports federation to make human rights an integral part of its processes, procedures and decisions will lie in how it applies the principles.

FIFA’s decision to seek external help in adopting human rights principles as part of its DNA is remarkable given the group’s past support for autocracies and flouting of moral and ethical standards. FIFA moreover has an abysmal track record in following external advice it commissioned on how best to reform the deeply troubled organization.

FIFA’s sincerity is likely to be put to the test from the day the UN principles are formally adopted with the hosts of both the 2018 and 2022 World Cups, Russia and Qatar, accused of systematic violations of human rights, and some members of the executive committees of the group as well as of regional soccer confederations facing unanswered questions about their own human rights record or that of the organizations they represent.

Much will depend on a report FIFA commissioned by Harvard international affairs and human rights professor John Ruggie, a former UN Secretary-General special representative for business and human rights. Mr. Ruggie is scheduled to deliver his report in March on how FIFA can best embed the UN’s Guiding Principles on Business and Human Rights in everything it does.

Mr. Ruggie’s report is due just after FIFA’s extraordinary congress in February that is set to elect a new president to succeed Sepp Blatter, who after 40 years with the group, 17 of which he served at the helm, has been suspended on suspicion of corruption.

Scores of FIFA and other soccer executives have been indicted on corruption charges in the United States while Switzerland is looking into the integrity of the awarding of the Russia and Qatar World Cups. US Attorney General Loretta Lynch said earlier this month that she hoped that Qatar would cooperate with her department’s ongoing investigation that has so far focused on wrongdoing in the Americas.