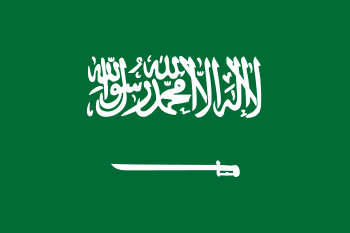 As the threat from Islamic State (also known as IS or ISIS or by its Arabic acronym of Daesh) continued to grow, US-led coalition forces intensified their aerial attacks on IS militants and strategic installations in Syria and Iraq, in a concerted effort to destroy and degrade the self-styled caliphate. However, far from caving in, IS has expanded its territorial reach by moving across the Mediterranean Sea into Libya’s coastal region, the Sahel and West Africa.

Some scholars argue that the ability of IS to attract foreign fighters as well as idealistic Muslims from across the globe willing to become cannon fodder in suicide missions at home, make it a lethal force and very dangerous to any government willing to confront it. These analysts say that the militants’ ideology has been fuelled by the austere and puritanical interpretation of Islam by Saudi Arabia, a country which has significantly advanced Salafi-Wahhabi beliefs (a return to Islam as espoused by the first three generations of Muslims who are collectively known as the salaf).

German Vice-Chancellor Sigmar Gabriel, in a rare attack by a Western official, accused Saudi Arabia recently of financing extremist mosques and communities in the West that constitute a security risk and warned that it must stop. “We have to make clear to the Saudis that the time of looking away is over,” Gabriel said in a German newspaper interview. “Wahhabi mosques all over the world are financed by Saudi Arabia. Many Islamists who are a threat to public safety come from these communities in Germany,” he said.

Algerian author and columnist Kamal Daoud wrote in The New York Times recently that the penchant of IS for beheading, killing, stoning, and amputating victims; and despising women and non-Muslims, mirrors the practice of Saudi Arabia. “The kingdom relied on an alliance with a religious clergy that produces, legitimises, spreads, preaches and defends Wahhabism, the ultra-puritanical form of Islam that Daesh feeds on,” Daoud declared.

The difference was that Saudi Arabia, governed by a labyrinthine ruling family-religious complex, was less crude in the way it presented itself to the global community. Daoud asserted that Saudi Arabia was what IS rule could look like once it had settled in and discarded its jihadist and expansionist tendencies.

Mainstream Muslim scholars, including those in Southeast Asia, have long warned that Wahhabism threatens other versions of Islam in countries where the Muslims are either a majority or a minority. British author and former intelligence officer Alastair Crooke believes that IS has undermined the legitimacy of the Saudi ruling family by returning to the rigours of the 18th century alliance between the founding fathers of modern Saudi Arabia and the fundamentalist Sunni preacher Sheikh Muhammad Ibn Abdul Wahhab who rejected as innovation everything that had been introduced after the salaf.

To be sure, IS in its present reiteration, was not created by Saudi Arabia; it was forged in the wake of the US toppling of Saddam Hussein in 2003 by among others the disbandment of Saddam Hussein’s army, whose senior officers were mostly Sunnis who already had Islamist networks; the insurgency and civil war between Iraqi Shias and Sunnis that continues to this day; and the morphing of Al-Qaeda in Iraq into ISIS, which was in turn energised by civil strife in Syria and evolved into IS.

These militant groups expanded and consolidated under the umbrella of IS, culminating in the singular act of declaring a caliphate that covers Iraq and the Levant (which includes Israel, Jordan, Lebanon, Palestine and Syria). IS challenges Saudi Arabia for the allegiance of Sunnis across the Middle East. The group’s ultimate objective is to set up the first major caliphate since the demise of the last caliph with the breaking up of the Ottoman Empire by Western imperial powers in the wake of the First World War. IS strives to spread Salafi-Islamic rule across the globe.

Conscious of the enormous political and strategic fallout from IS’ affinity with Saudi Arabia’s religious, social and moral system as well as other forms of association with IS (such as the use of Saudi secondary school books in Mosul, Iraq, after its capture by IS in 2014), the Saudi government has come to view the militants as a threat. It has over the years condemned militants led by Al-Qaeda chief Osama bin Laden and IS leader Abu Bakr al Baghdadi.

In response to the November 2015 bloody rampage in Paris, the Saudi rulers have called on the international community to “eradicate this (referring to IS) dangerous and destructive plague”. Saudi Arabia clearly does not want the world to identify the kingdom’s puritan interpretation of Islam with IS and jihadism despite the fact that it has served as a breeding ground for ever more virulent strands of the faith.

That said, it was King Faisal bin Abdul Aziz Al-Saud, whose mother was a descendant of Abdul Wahhab, who advocated modernity in the conservative kingdom while at the same time launching Wahhabism’s global proselytisation campaign on the back of the huge cash revenues earned in the wake of the 1973 oil embargo that sent oil prices skyrocketing. Some reasoned that Faisal’s campaign was initially payback for the support of the ulama (religious scholars) in a protracted power struggle with his brother, King Saud that ultimately secured him the throne.

British author and religious scholar Karen Armstrong suggests that IS may have over-reached itself with its unsustainable policies and jihadist philosophy. A majority of Sunnis and Shias reject what IS stands for. Armstrong notes that Saudi Arabia, with its impressive counter-terrorist resources, has already thwarted IS attacks in the kingdom. Saudi Arabia and other Gulf states nonetheless have made clear that dealing with IS does not top their priorities. The kingdom and its Gulf allies, bogged down in an intractable war in Yemen viewed by the Saudis as a proxy war against Iran, have effectively withdrawn militarily from the US-led campaign against IS.

The key to removing the challenge from IS has to be the realisation that the terror group’s appeal is not its alleged goal of an atavistic return to the glorious past of Islam, as Armstrong put it. Nor is Islam at the core of its multiple conflicts. The current appeal of IS is the opportunity it offers the socially, economically and ethnically disenfranchised to revolt and its ability with the help of technological advances to take the battle to historically new levels. Military defeat of IS will not soothe the anger of the disenfranchised. Addressing their concerns will.

James M. Dorsey is a senior fellow at the S. Rajaratnam School of International Studies, co-director of the University of Wuerzburg’s Institute for Fan Culture, a syndicated columnist, and the author of The Turbulent World of Middle East Soccer blog and a forthcoming book with the same title. Mushahid Ali is a Senior Fellow in RSIS.