Caught in the Crossfire, an Iraqi Family Remains Determined to Rebuild in ‘Nowhere to Hide,’ Airing August 27, 2018 on PBS. The documentary is described as an Unforgettable Look at a Battle-Torn Iraq and War’s Human Consequences

Fifteen years after the U.S. invasion of Iraq, Kurdish-Norwegian filmmaker Zaradasht Ahmed returns to his birth country and heads into one of the world’s most dangerous areas, the “Triangle of Death” in central Iraq. After the 2011 withdrawal of American troops, Ahmed follows nurse Nori and his family as they navigate a war-torn country where a power-vacuum leaves citizens vulnerable to a new menacing force: ISIS.

Nowhere to Hide has its national broadcast and streaming debut on the PBS documentary series POV and pov.org on Monday, August 27, 2018 at 10 p.m. (check local listings). POV is American television’s longest-running independent documentary series now in its 31st season.

The film’s 36-year-old protagonist, Nori, is a father of four and a nurse-turned-videographer. Nori began by filming survivors, documenting their hope for a better future as American and coalition troops retreat from Iraq in 2011. When conflict continues, however, thanks to the rise of Iraqi militias and ISIS, he turns the camera on himself. Much of the population and his fellow hospital staff make the decision to flee. Nori makes the unusual decision to stay. What results from this courageous choice is in-depth documentation of his life over several years in Diyala, one of Iraq’s most dangerous provinces.

Nowhere to Hide puts viewers on the ground, and on the run. Through first-person narration, we are given the opportunity to follow Nori through his daily life and gain a firsthand look at one of the 20th century’s most momentous and controversial series of events. As American troops leave the country, space is made for a new war to develop. This new war, wholly different from the last, is without fronts, uniforms or common rules.

Nori, an impartial bystander, records destruction as well as hope. Over a period of five years, that hope is gradually diminished. The Islamic State, or ISIS, emerges as a violent group determined to claim vulnerable territories in northern Iraq and Syria. The new war, fought between the weakened Iraqi state and ISIS, a quasi-state, intensifies, and Nori’s filming becomes increasingly focused on himself. From the destruction of Nori’s home to the loss of his loved ones, the story is deeply personal, but alarmingly common. Through the lens of one individual, Nowhere to Hide allows us to understand the gravity of suffering that has afflicted so many.

With its potently immersive style, Nowhere to Hide highlights for viewers the immediacy of these events. Watching footage without talking heads or explanatory voiceovers, audiences become viscerally aware that the violence isn’t spontaneous. The viewer comes to understand that 15 years of near-statelessness, devastated infrastructure and diaspora, have led Nori and countless others to a dire situation.

Ahmed notes that there is still some promise left: “In the end, as humans, the only thing that can help us survive is to believe that the will to build will always be stronger than the desire to destroy.” While shockingly devastating, the film is also an awe-inspiring reminder of human resilience and the tenacity of individuals in the face of war.

“By sharing Nori’s personal journey we are able to glimpse the struggle and courage of those in war-torn Iraq,” said Justine Nagan, executive producer/executive director of POV/American Documentary. “A remarkably inventive and challenging war film that documents from the inside out, Nowhere to Hide transcends cultural boundaries and speaks to a deeper sense of shared humanity. For American audiences, Nori also provides a sober reminder of our collective responsibility in a country ravaged by outside forces.”

POV’s Community Engagement and Education team works with educators, community organizations and PBS stations to present more than 800 free screenings every year. In addition, we distribute free discussion guides and standards-aligned lesson plans for each of our films. With our community partners, we inspire dialogue around the most important social issues of our time.

Since 1994, POV Digital has driven new storytelling initiatives and interactive production for POV. The department has continually experimented with web-based documentaries, producing PBS’ first program website and the first Snapchat-native documentary. It has won major awards for its work, including a Webby Award and over 19 nominations. Now with a singular focus on incubating and distributing interactive productions, POV Spark continues to explore the future of independent nonfiction media through its co-productions, acquisitions and the POV Labs, where media makers and technologists collaborate to reinvent storytelling forms.

American Documentary, Inc. (AmDoc) is a multimedia company dedicated to creating, identifying and presenting contemporary stories that express opinions and perspectives rarely featured in mainstream media outlets. AmDoc is a catalyst for public culture, developing collaborative strategic engagement activities around socially relevant content on television, online and in community settings. These activities are designed to trigger action, from dialogue and feedback to educational opportunities and community participation. 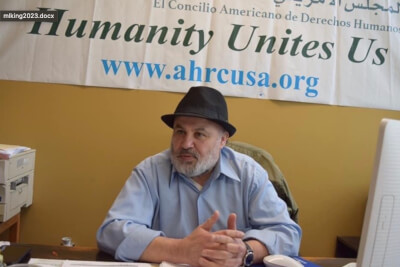