Ray Hanania hosts TheArabDailyNews.com Detroit radio show every 2nd Friday of the month on 690 AM Detroit Radio and 700 AM Radio in Washington DC from 8 until 9 am EST. 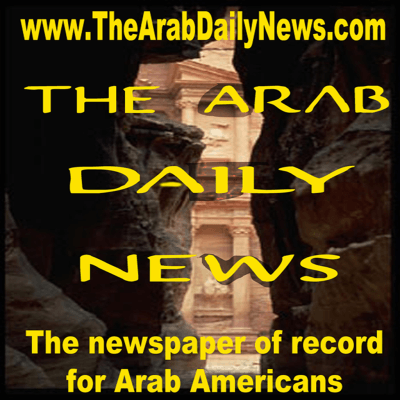 In this episode, Hanania takes phone calls from listeners on every topic that includes: the racism of Charlie Hebdo Magazine and why are Israelis trying to defend its attacks against Islam and the Prophet Mohammed; the racist hatred of American Jewish activist Pamela Gellar who funds campaigns attacking Muslims and Arabs; why are Israelis hypocrites when it comes to defending free speech but denying free speech to Arabs and Muslims; the chemical war fare in Assad’s assault on Syria; relations between Chaldeans and Muslims in Detroit and the Middle East; a discussion about the new Lebanese cookbook by American Arab author Maureen Abood “Rose Water & Orange Blossoms;” and many more topics.
Topics include:
the ridiculous attacks from Pamela Gellar, the modernday anti-Muslim Neo Nazi who funds hate advertising targeting Arabs and Muslims as a part of her pro-Israel extremist agenda
Rush Limbaugh can’t get the facts right about Detroit. What else is new?
Chaldean radio listeners respond to attacks against Islam by members of their community who are angry about the oppression of Christians in the Arab and Islamic World. Muslims do not address that persecution and try to pretend it doesn’t exist, getting angry when Christians raise the legitimate issue.
Syria’s dictator Bashar al-Assad uses more chemical weapons to kill women and children as he struggles between the  ISIS-Al-Qaeda front and the drive to replace his dictatorship with a Democracy.
We also talk a little bit about the new Arab recipe book by writer Maureen Abood called “Rose Water & Orange Blossoms” which offers not only popular Lebanese food recipes from her family’s recipes, but also stories of how the food is served and stories of her mother and “Sitto” (grandmother). www.MaureenAbood.com
The show is hosted by TheArabDailyNews.com the online newspaper and Radio Baladi hosted by the US Arab Radio Newtwork and journalist Laila alHusinni.

A virtual visit to the birthplace of Christianity, Bethlehem Activism

Jim Klutznik to be honored by Americans for Peace Now