On Saturday Yair Netanyahu, the son of Prime Minister Benjamin Netanyahu, posted the image below on his Facebook Wall suggesting a conspiracy is behind the Netanyahu family’s growing legal problems.

Yair Netanyahu’s facebook meme laden with anti-Semitic imagery captioned “the food chain,” features a photo of George Soros dangling the world in front of a reptilian creature, who dangles an alchemy symbol in front of a caricature reminiscent of the anti-Semitic “happy merchant” image.

The other figures depicted in the chain are former Prime Minister Ehud Barak, anti-Netanyahu protest leader Eldad Yaniv and Meni Naftali, a former chief caretaker at the Netanyahus’ official residence who implicated Sara Netanyahu in the case she is being indicted in.

On Friday Israeli Attorney General Avichai Mendelblit announced that prime minister’s wife Sara Netanyahu will be indicted for fraud and breach of trust for excessive spending on catering at the prime minister’s residence while falsely claiming the house did not employ a cook. The indictment for spending $102,000 of state funds on the catering is subject to a hearing, whose date is to be announced. 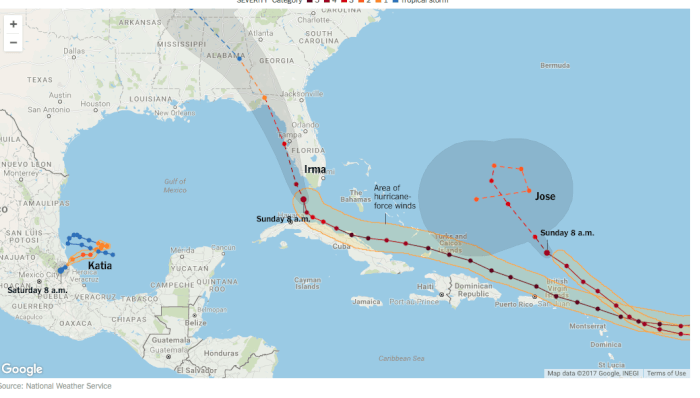 Ninety miles from Tampa, this reporter and her family wait for Hurricane Irma to arrive.

As always this reporter begins every morning with a cup of coffee and a reflection from Franciscan friar Richard Rohr, who wrote on Sunday from and for the Center for Action and Contemplation:

The Hebrew Scriptures are divided into three major sections: the Torah, the Prophets, and the Wisdom books.

Theologian Walter Brueggemann observes that these three excellently represent the development of human consciousness itself. [1]

The Torah (the books of Genesis, Exodus, Leviticus, Numbers, and Deuteronomy) gave the Israelites the Law and a sense of their chosenness. For natural and healthy self-development, any culture or family follows a pattern of first providing structure, which develops identity, boundaries, and self-worth as beloved and special. It is easiest to start with an initial sense of “order,” as even educators now recognize.

The books of the Prophets represent the birth of good and necessary critical thinking. Without it, we remain far too self-enclosed and smug. The lack of healthy self-criticism within both Judaism and Christianity shows how little attention we’ve paid to this part of Scripture. (We read the prophets as if their only function was to “foretell Jesus” which is really not their direct message!)

The Roman Catholic Church did not allow prophetic/critical thinking for almost 500 years after the Reformation, nor did the United States for most of its 200-year history (slavery and segregation are the most obvious examples). When the floodgates opened in the 1960s, there was no stopping critical thinking, and then it became widespread in postmodernism. Finally, Evangelicals are going through the same process on many levels.

While critical thinking typically arises in human development in the teens and early adulthood, it is usually oriented outwardly, in criticizing others. But honest and humble self-critical thinking is necessary to see one’s own shadow and usually well-hidden narcissism. Only when I encounter my shadow do I realize that my biggest problem is me!

The Wisdom section of the Hebrew Scriptures includes the books of Job, Ecclesiastes, the Song of Songs, and many of the Psalms. Wisdom literature reveals an ability to be patient with mystery and contradictions—and the soul itself. Wise people have always passed through a major death to their egocentricity. This is the core meaning of transformation.

We have to go through interior deaths to reach the third stage of wisdom. Only here does contemplation and nondual thinking become possible; we can begin to learn to live with mystery and paradox and to develop true compassion.

If stage one is order and stage two is disorder, then stage three is the final goal of reorder. There is no way around stage two! It is what Paul calls “the folly of the cross” (1 Corinthians 1:18).

Conservatives tend to stop at stage one, liberals tend to get trapped in stage two, but only stage three is the full risen life of Christ. [End R. Rohr] 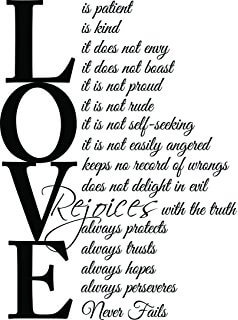 In 2003, I read an article in Presence Magazine written by a pastor who inspired me to email him a few of my theological questions. He replied something like this;

I once gave a sermon that began with the story of Rabbi Hillel, who lived 100 years before Jesus walked the earth.
Rabbi Hillel understood the Hebrew understanding of Hokema; Holy Wisdom; The Feminine Divinity, was the same as the Greek understanding of The Logos: The Word. It was Saints John and Paul that understood The Logos: The Word was Jesus. So with a little imagination you can imagine that before Jesus walked the earth a man, he was already a she; The Word, Holy Wisdom, Hokema, the feminine divinity. I gave that sermon to a mainline conservative congregation. It didn’t go over well…

Ever since the days of Eve until the days of Jesus, the feminine has not been valued as an equal.

Jesus is the first known man to blow apart the societal and religious taboos of speaking with females as fully equal: one more example of how the male disciples would not and could not follow Jesus THAT closely!

And “Our problems stem from our acceptance of this filthy, rotten system”-Dorothy Day

Later male disciples, the Protestant Reformers, would not, could not accept the Book of Wisdom and threw it out of their canon, but the Catholics include it in their bible.

It has been said that some thought the Book of Wisdom was too Jewish–or perhaps too feminine!

The Book of Wisdom defines wisdom as: a spirit intelligent, holy, unique, manifold, subtle, agile, clear, unstained, and certain. Not baneful, but loving the good. Keen, unhampered, beneficent, kind, firm, secure, all-powerful, all-seeing and pervading all spirits. Wisdom is mobile beyond all motion and SHE penetrates and pervades all things by reason. SHE is the aura of the might of God and a pure effusion of the glory of The Almighty. SHE is the refulgence of eternal Light, a spotless mirror of the power of God. And SHE who is one, can do all things and renews everything, and passing into holy souls from age to age, SHE produces friends of God and prophets.– WISDOM 7:22-8:1

Wisdom has built her house and SHE calls to all; “Come, eat my food and drink my wine and you will live abundant life and walk in the ways of understanding.”-Proverbs 9

Holy Wisdom: The Feminine Divinity: Hokema,
Who was with The Word from the very beginning,
She is One with Him and He with Her
Pure Being; One God
One Creator and One Lover of All the Human Family,
Hokema: Holy Wisdom: The Feminine Divinity
Same as The Logos:
The Word:
THE WAY!
God is within every sister, brother and all of Creation
Get a clue Christian
His ways are not your ways
Her thoughts are not your thoughts
Dominion never meant to rape and plunder
But to nurture, care and love
And if you have not love
You have nothing at all!

For every misunderstanding
Every condemning thought
Every negative vibration
Every tear torn from a heart
Every time one grabbed and wouldn’t let go
Because they did not know:
The Divine is within every woman, man and child.

For every tiny kindness you have ever done
Every gentle word spoken
Every time you held your tongue
Every positive thought
Every smile freely given
Every helping hand that opens
Helps bring in The Kingdom
The Kingdom comes from above
And it comes from within.

IMAGINE a kingdom of sisterhood of all creatures and all men
ALL we need is LOVE:

If I speak in the tongues of men or of angels, but do not have love, I am only a resounding gong or a clanging cymbal. If I have the gift of prophecy and can fathom all mysteries and all knowledge, and if I have a faith that can move mountains, but do not have love, I am nothing. If I give all I possess to the poor and give over my body to hardship that I may boast, but do not have love, I gain nothing. Love is patient, love is kind. It does not envy, it does not boast, it is not proud. It does not dishonor others, it is not self-seeking, it is not easily angered, it keeps no record of wrongs. Love does not delight in evil but rejoices with the truth. It always protects, always trusts, always hopes, always perseveres. Love never fails. [1 Corinthians 13: 1-8] 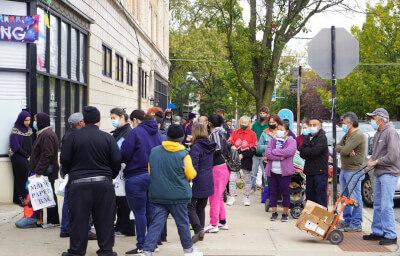 The Liberation of Aden, progressing but with challenges Arab World