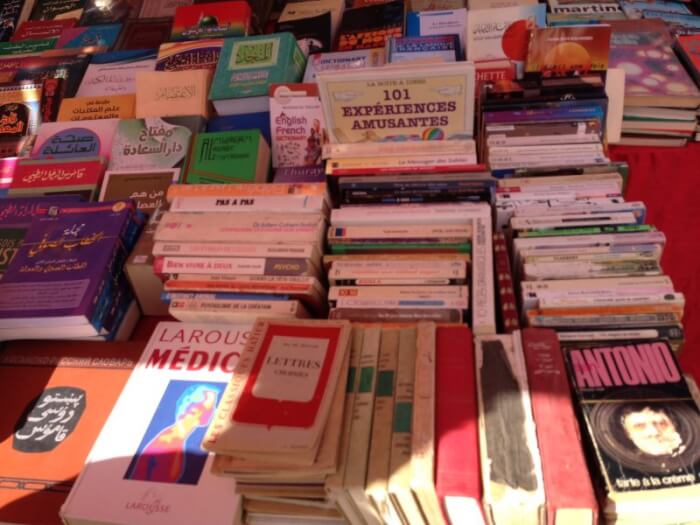 Walking up to the la Grande-Poste Garden, one encounters joyful and excited faces of so many people, who gather at the book-vendor’s tables.

Passers-by rush for books, confirming that used-book merchants have broken the myth that Algerians do not read unless they need to. Talks about local readership trends and the peculiarities of the Algerian book market mostly end up with the same old stereotypes.

Dually antagonistic, this generation and the elite have been in an interminable arm-wrestling match: this generation does not read because the average citizen Abdul is worried more about the daily basic needs than Ahlam Mostaghanmi’s novels.

From the city’s main entrance at Tafourah intersection, walking up to the la Grande-Poste Garden, one encounters joyful and excited faces of so many people, who gather at the book-vendor’s tables, and seeing the welcoming smiles on the vendors’ faces, who seem quite knowledgeable, it would be unfair to describe them as only street-smart vendors.

One vendor identifies himself as Djamel, a man in his early 60’s with a thin mustache and a heavy Algiers accent (as one says in Algiers, Belda). He told me the entire story of the publication of Hitler’s Mein Kampf, the original French version as it was published in Algiers, and for all the reasons that one in this part of the world could grasp and understand.

Then he pointed out the publishing and editing challenge that many young writers are facing. 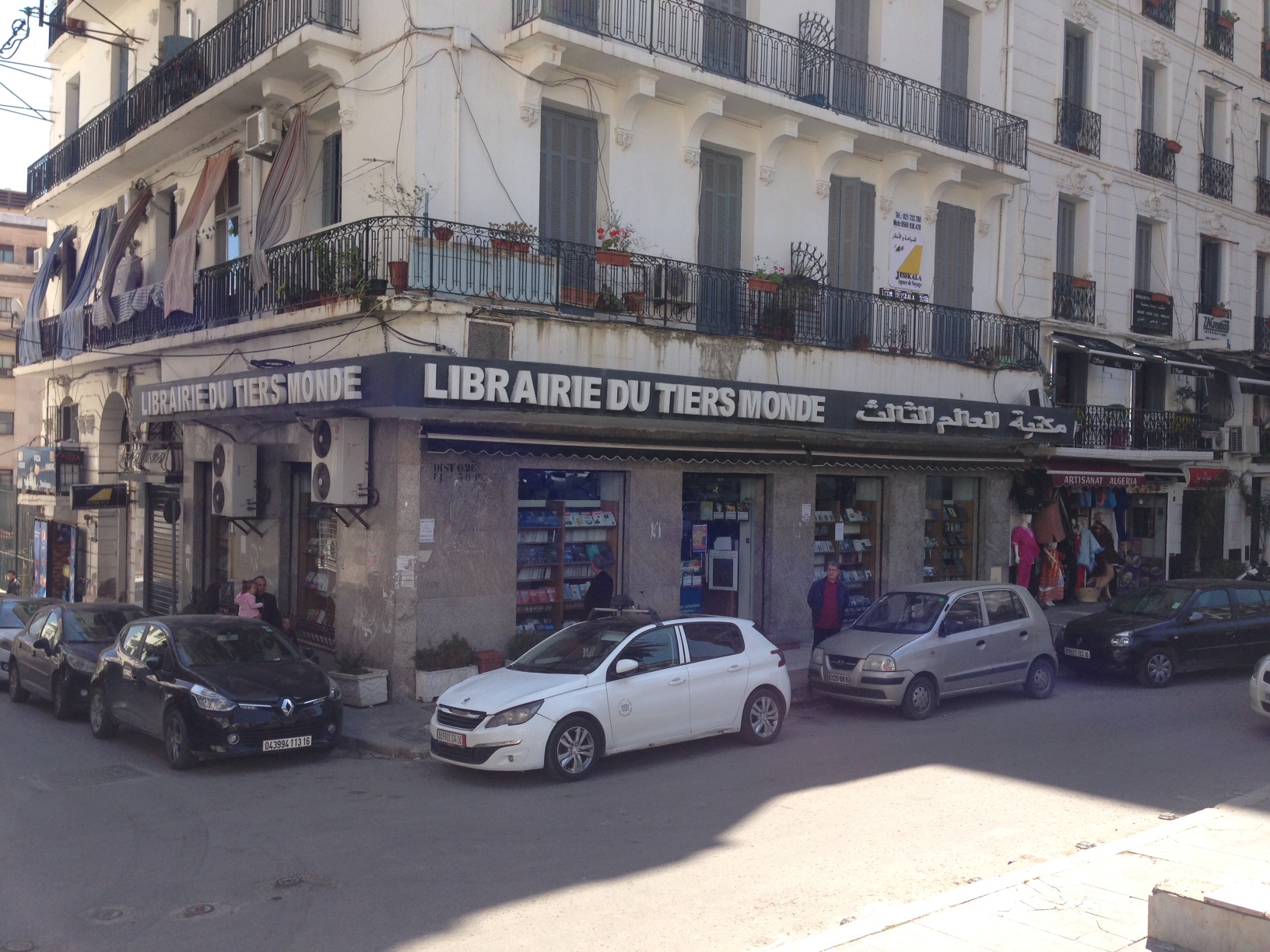 A’ami Djamel went on to say that despite the availability of books at the conventional book stores, readers cannot access them because of the high price of the books — the average book at these stores is around 900 DA (U.S. $11), 900 DA for a child’s book is very expensive for a family of five children. For instance, I have a silver book box of Ahlam Mostaghanmi that was sold at SILA (Algiers International Annual Book Fair) for 6000 DA.  Djamel was selling it for 2000 DA.

The readers are mostly students from the nearby Algiers University and the Private English School, which encourages the vendors and passers-by to spare a minute to flip through a book — some even ask about rare books.   For example, a university professor asks about Ibn Taymia’s Famous Islamists reference, Essayassa E-share’eya, The Legal Islamic Politics, another passer-by asks about Machiavelli’s Prince, the Arabic version.

I found a vivid contrast between the two persons next to me, it’s not a fallacy, the one asking for Ibn Taymia is a professor of Law, this is how he introduced himself to the vendor, they even exchange their numbers for the request. He looks like any professor at Toulouse University or Portland State, whereas the one asking for the Prince in Arabic is a young girl with a full-cover hijab. 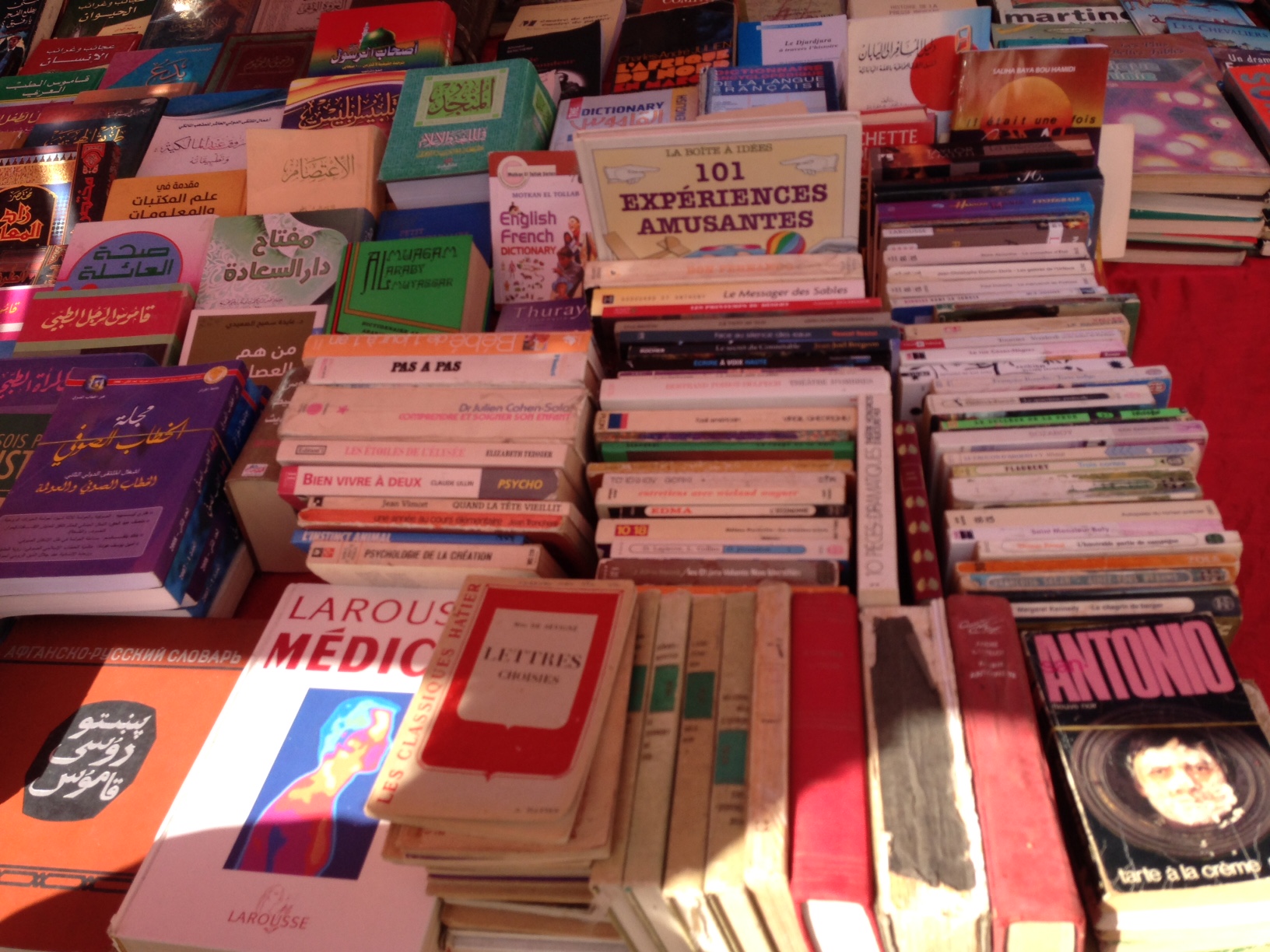 Ibn Taymia meets Machiavelli in Algiers. What would their discussion have been? About Haran and Florence, maybe, but sure the Syrian civil war!

Most vendors are selling Algerian, Egyptian and French books at La Grande-Poste Garden, which has traditionally been Algiers’ unofficial reading and intellectual district.

In 2001, used-book vendors became the district’s counterpart to the Parisian Rive Seine bouquinistes offering a variety of used and new books from Islamic doctrine to the Algerian Nationalist Movement and monuments to the French Lumière literature authors.

Judging by the enthusiastic enquiries and the interest that these humble vendors attract, there are several lessons that Algiers’ street bookseller could teach, certainly there is no limit to the selection and range of topics to interest readers and passers-by.

They could even offer some of their books through this alternative public reading source.

Ordinarily many Algerians may not budget for a book, theatre ticket, even a painting, but a young man spends about 800 DA for a haircut, 2000 DA for  the derby football match ticket, and a young girl spends 20,000 DA for a local Smart-Phone. 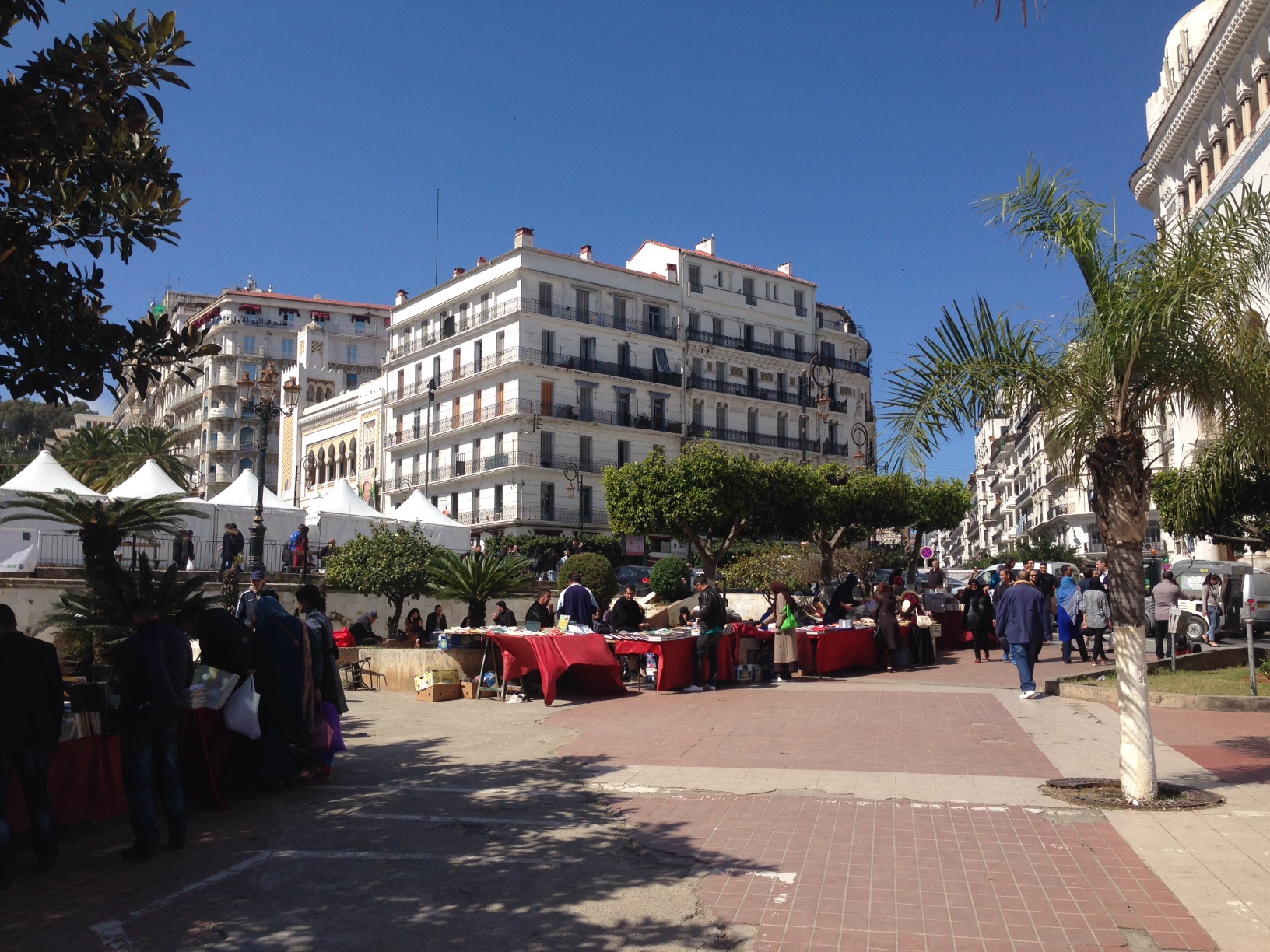 This is not unique to Algeria as most of the spending on books, related goods, and post-modern services is a result of an appealing invitation to spend. The other lesson is that affordability and value for money will easily push a reader to buy a used book in good condition.

From the legal perspective, the mainstream booksellers may not beat the street vendors on this because the second-hand books evade the legal option in terms of taxes and are not meant to make profits. But still, book pricing must always aim at attracting the attention of the reader and the government’s radar.

Usually most of the old books on sale are shipped in as donations for schools and other interested organizations, as municipal libraries in Grand-Algiers have been razed from the city’s map or plan. In my visit to three local municipalities that I know well, none of them have a public library.

Indeed, the neighborhood of my childhood used to have a very charming one next to the City hall. Now, it is a political party headquarters.

The price is the key element in this equation; this way, most books are fairly priced for the reader, compared to the books selling over the counter. It is also possible to get some rare volumes that you cannot get in the bookshops…

According to Literacy & Adults Teaching National Office (l’ONAEA), with the country’s illiteracy rate at 12,33 percent, readership in Algiers is growing, more and more people are developing the habit of reading in their spare time or making time in their busy schedules, noted Zahra, a Pharmacy student at Algiers University. “Passers-by are buying books from us, particularly seniors, despite the socio-economic difficulties,” added Djamel.

The readers are interested in books about politics, history and cooking in both languages (Arabic and French); classic books are in high demand, and when found, are sold for a higher price. Yet the Algerian government reportedly controls the book market, distribution and editing.

For example in 1985 only two publishers had to edit/censure a manuscript, ENAL and OPU, they also had a network of bookstores throughout the country — years later in the wake of the Algerian political shake-up of 1988, political openness and reform led to the creation of several publishing houses and newspapers that paved the way for the creation of some twenty-five houses and others soon followed such as Chihab, Dahlab, Dar al-Hikmah and Dar al-Kitab.

Though the government still has a total monopoly, the organization of large book fair events like SILA, a yearly international book fair, attract millions of visitors, and overall the government fully sponsors the event. Sincere readers show their interest in textbooks, whereas door vendors at Mosques use this opportunity to profit on religious books, but a demand for fiction and non-fiction titles is also said to be on the rise in this country of 40 million.

Regular bookstores in Algiers are complaining it’s not an easy business; the cost of printing has risen due to increased cost of materials and labor and some public funded supplies such as paper and ink are cut.

The rate has impacted the reader and the book-seller, added the manager of Tiers-Monde Bookstore, “although readers are looking for books…there are only around ten companies in Algeria that print and publish books, the readership in the country is growing fast, but here, we have only publishers, not editors.”

The Grande-Poste Garden bouquinistes and the passers-by, who frequent them are making the point that Algerians could provoke change through readership of used-books and end the seemingly interminable wresting match with the elite, simply by making room for everyone to read.