Nakba, in Arabic, simply means, Catastrophe, or Tragedy; for Palestinians, it is the most tragic nightmare to happen to a whole nation in modern history.

The irony is that while Palestinian commemorating the 68th anniversary of their Catastrophe, the Palestinian exodus, Israelis celebrate what they call “independence day”. 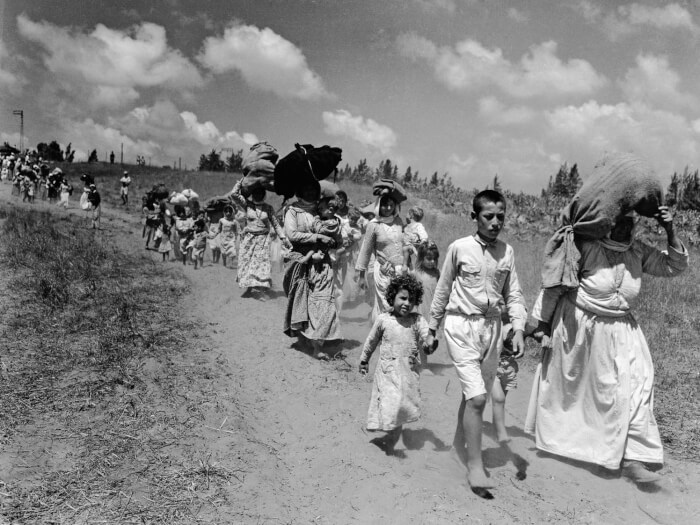 The wonder is how people can celebrate what they call independence while they know that this was on the account of others people tragedy, a celebration that reflects the sick and twisted minds of such celebrators.

This independence was achieved only after expelling Palestinians from their lands. Over 750.000 citizens were forced out of their homes, at least 450 cities, towns and villages were evacuated, dozens of towns and villages were demolished and more than 24 massacres were committed against innocent people. Thousands of people were killed.

On May 15 1948, after decades of oppression by the British forces and confrontations between Palestinians and Zionist gangs, who were fully supported by the British mandate government, Israel was founded. 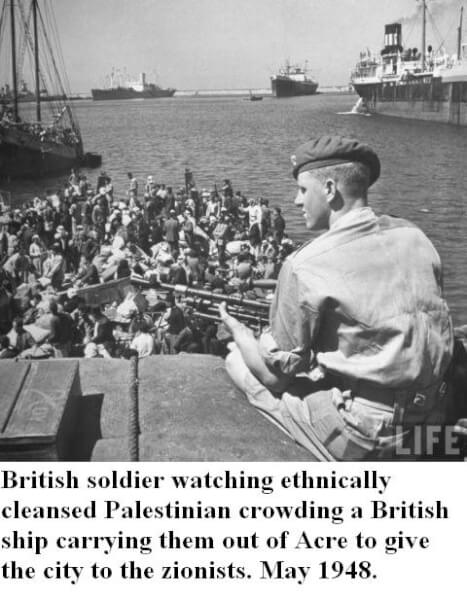 The United Nations partition plan, resolution 181 was adopted on 29 November 1947. The resolution stated that Palestine must be divided between the Zionist gangs and the Palestinian people, 56.47% of the land would be given to the Zionists, and 42.88% for the state of Palestine, while Jerusalem and Bethlehem would be placed under special international protection.

The resolution also called for the withdrawal of the British mandate forces by the 1st of August1948, while the two independent states would be established by the 1st of October 1948.

However, war broke out; and the partition plan was never implemented, Zionist gangs – well-equipped with weapons, supported and backed by the British Mandate government– succeeded to occupy more than 20% of lands assigned to the Palestinians in the partition plan.

On the14th of May 1948, some of 500.000 Zionist immigrants, announced “the Israeli Declaration of Independence”.

Since then, Palestinians have faced ethnic cleansing, deportation, and massacres. It was obvious that the world chose Palestinians to pay the price of the Holocaust committed by the Nazis. 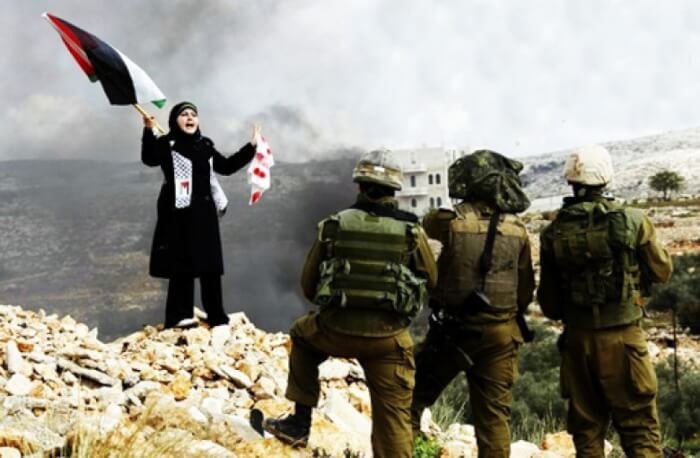 After 68 years, the Nakba still continues, all bets on the Palestinians to forget their plight were unheeded. New Palestinian generations prove that they stick more to their right to return and to have their own independent state with Jerusalem as its capital.

New Palestinian generations, inside and outside Palestine, when asked where they come from, they answer with the town or village their ancestors were born, not the place they are living. They believe that they will return no matter how more years this will take. 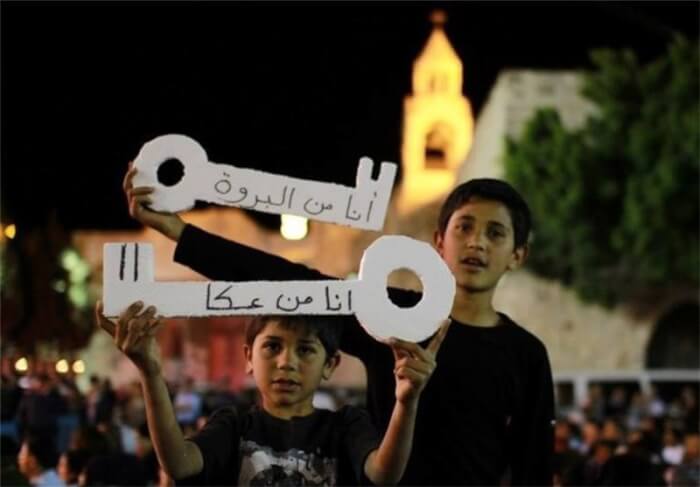 After 68 years of Nakba this is a reminder to the Free and Democratic World, that there will be no peace in this region if Palestinian Nakba continues, and if this conflict will not have a just end.