April 21 2016 didn’t bring my Freedom. They postponed again their decision about this case, but I am ready to go any time soon. Freedom Must come

D’Angelo said that he and Cheever were inspired to create Quora because “we thought that Q & A is one of those areas on the internet where there are a lot of sites, but no one had come along and built something that was really good yet.” 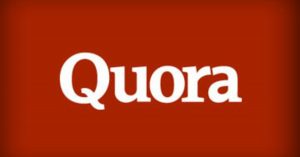 Quora is already good at censoring and what follows is the censored spun as “collapsed” comment to Wednesday’s question at Quora:

What is the popular opinion of Mordechai Vanunu in Israel?

After 25 views my following response was “collapsed” meaning CENSORED:

The popular opinion of Vanunu in Israel is that he was a traitor.

Vanunu had refused to speak to the Israeli Media UNTIL September 2015, when he granted his first interview in Hebrew and announced:

I GOT MARRIED THREE MONTHS AGO. I CAN’T GET A JOB HERE, SO SHE IS THE BREADWINNER. I WANT TO LIVE MY LIFE, START MY LIFE ANEW. I’M FINISHED WITH THIS ENTIRE [NUCLEAR] STORY, AND I’VE SAID THIS HUNDREDS OF TIMES. I HAVE NO MORE SECRETS TO TELL, AND I WANT THEM TO LET ME LEAVE AND GO LIVE ABROAD WITH MY WIFE, AND THAT’S THE END OF THE STORY.

In 2005 this American writer began a series of interviews with Vanunu who could actually be FREE on 21 April when Israel’s Supreme Court is to rule on Vanunu’s 8th appeal to end the human rights restrictions that have kept him under 24/7 surveillance since he emerged from 18 years behind bars on 21 April 2004.

Learn all about Vanunu’s human rights struggle and USA collusion in Israel’s nuclear deceptions, occupation of Palestine and coverup of Israel’s attack on the USS LIBERTY HERE