Complications of French politics continue. Muslims continue to be a major factor in defining the nation’s political face

Shock was the reaction most clearly expressed on the front page of Le Figaro and l’Huma, two daily papers diametrically opposed ideologically. France’ s political establishment found itself cornered and “shocked” as the right and the left papers titled their front page on Monday, December 7th, in the wake of Sunday’s regional election.

The Bleu Marine entourage rounded up 40% of the vote in the first round, embraced Sarkozy’s right-wing party, Les Républicains, and humiliated the ruling Socialist party, forcing them to form an alliance of “reason/season” to stop the Le Pen family (Marine, her companion and her niece) from winning the north, the southwest and the southeast.  After Sunday’s December 13th second round, the FN was en route to take control of six regions.

However, predictions indicated it would be hard to win in those three regions (Picardie-Nord-Pas-de-Calais, Midi-Pyrénées-Languedoc-Roussillion and Provence-Alpes-Côte d’Azur) because of the tactical politics of the so-called Republican parties (LR & PS) — or UMPS as Ms. Le Pen and her entourage sarcastically call the French establishment.

This time, though, the earthquake did happen. The initial “shock” of the presidential election of April 2002 ended the Socialist candidate’s political career after he was pushed aside by Marine’s father, Jean-Marie, the FN “godfather.” Now, thirteen years later, Paris is wounded, unemployment is skyrocketing and French politicians are confused on which foot they should dance — never mind, it’s a French malaise. 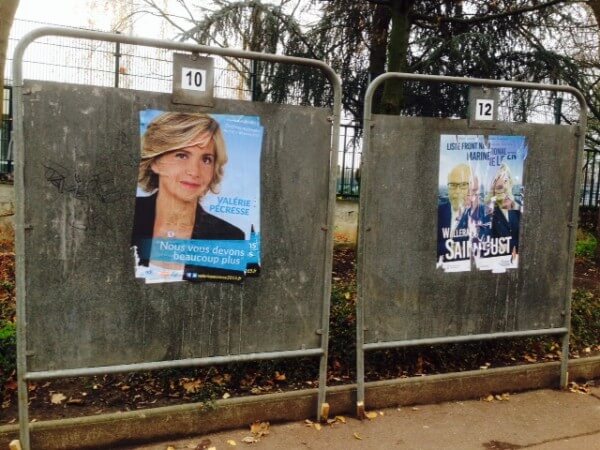 These signs of societal depression have been fueled in a climate of fear, which has further intensified the charges of Islamophobia and paranoia. It is not clear, who is responsible for the violence of the political discourse, to some extent a message that has poisoned politics and its art in general. As a result, 3/4 of the French-left voters have abandoned their party and have decided to go shopping on Election Day instead; while the conventional-right voters are lost in translation, accepting a reasonable marriage with the “Socialos.”

Currently the FN is winning more voters and becoming the main political force in the country with 6.98 million voters registered during the regional election, certainly an indicator for the next political tests, notably the presidential and the parliamentary runs in Spring 2017. The FN’s economic and social programs are opaque, though Marine capitalizes more than ever on the “French identity,” seducing a fringe nativist movement in her Blue Marine rassemblement comprising a very strong presence among French “white” youth.

Paradoxically, among those who voted for the FN are a small, but increasing number of Muslims, who see no clashes between their religion and ethnicity and the party’s hostile opposition to radical Islamism. Ms. Le Pen is, however, a more pragmatic politician than her racist and anti-Semitic father, whom she and Mr. Phillipot expelled from the FN political bureau. 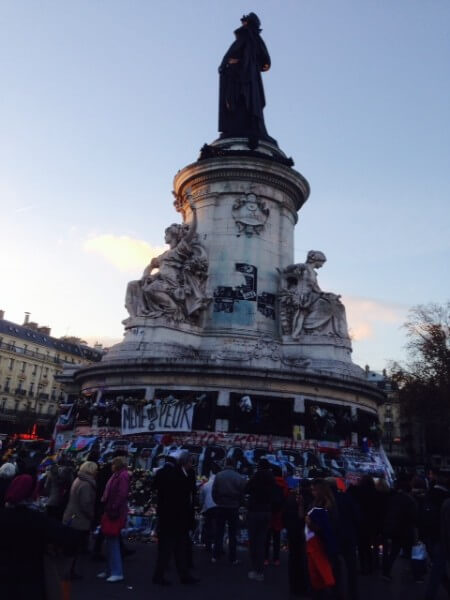 The new FN leadership has been courting the Muslim vote (the pro-French Algeria and anti-Independents’ children and grand-children). In their victory speech on Sunday night, December 6th, they called for the French people of all “origins” to vote for the FN in the second round and turn their back on the political establishment that has continued to disappoint them.

The message that Ms. Le Pen has sought to convey is that her party doesn’t hold any anti-Muslim sentiment, but objects to what she has described as the “progressive Islamization of our country.” Ms. Le Pen did interpret Muslims praying on the streets in large French cities as a sign of occupation.

The majority of France’s estimated 5 million Muslims are in favor of a peaceful and beneficial existence in French society. Though 2.1 million have declared their faith publicly, there are still possibly thousands of young extremists among the population at large.

The Socialist party has been taking the Muslim votes for granted for many years and has criticized the FN for bringing a racist agenda against Muslims and Arabs and a rejectionist stance against foreigners. This may have an element of truth in it, because Muslims and Arabs voted massively for President Hollande in 2012. However, those who did vote for him were quickly disappointed by his public policies ranging from sociological to foreign policy issues. 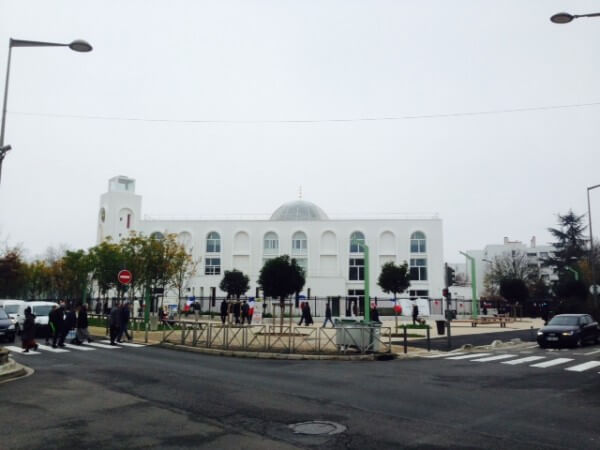 The legalization of same-sex marriage in 2013 angered many Muslims and they regretted their vote for a leftist President. They were further disenchanted by his hesitant policy on the refugee crisis last autumn, to the establishment of the state-of-emergency order and harsh measures against Muslims in the wake of last month’s Paris attacks. Add to that the political baiting of his Premier, alarming the French with his rhetoric about Muslims and Islam using the phrase Islamo-fascism and “clash of civilization.”

The immediate issues that the majority of Muslims and Arabs want to see solved are unemployment, crime and drug gangs in the stereotyped suburbs (la banlieue) that Premier Valls once called the ghettos of France, which leave many neighborhoods to their own fate; certainly Muslims and Arabs are feeling abandoned.

Consequently, last Sunday’s results sent a strong message to the Socialists, who lost the Île-de-France region to the rightist Sarkozy party. Ms. Pécresse closely beat Speaker Bartolone, who was hoping to get the Muslim and Arab vote to defeat his opponent and thus preside over the largest and richest region in France.

Mr. Bartolone was betting on the Seine-Saint-Denis Department, where the right is starting to build solid bases, and beating the Socialists on their strong selling points: equality and opportunity for the banlieue.

The failure of both François Hollande’s and Nicolas Sarkozy’s governments to tackle unemployment and French social cohesion, instead bidding on Islam of France and declaring war on Muslim extremists to cover their failure, left many Muslims feeling “on their own” and eventually leaving the traditional politicians, attracted to the disillusioned message of the FN.

Thus the French melancholy is lighting up France’s political sky, since the state failed to achieve its grand mission and establish its moral authority. What happens, elections are becoming costly for the state and the outcome leaves a sour taste in the establishment parties, the Socialists, the conservatives of the former UMP and the new LR. This imposes on them the task of reaching an electoral agreement, not a socio-economic program, and forming an enlarged “republican front” to beat the FN candidates or candidate in the 2017 presidential election.

Even though the internal malaise is profound, the elite and the media alike share the responsibility for the rise of the FN during the last two decades. It is no wonder that the representatives of the French establishment have reacted with such virulence to the win of the FN. Now, what can the French establishment offer the voters and journalists? A politician, who believes in the Republic values and not a “white” nation nor a welfare state like the right of Sarkozy or the far-right of Marine on one hand and that of President Hollande on the other.

The real problem with French politics is the growing tendency among politicians to pursue victory above all else and treat politics as war, which runs counter to basic democratic values. This persistent attitude may be crippling France’s ability to reach solutions that capture the smartest thinking of both camps of the establishment, revitalizing the Republic’s culture of democracy before the front page headlines of Le Figaro and l’Humanité papers feature the two-word title: Marine President!

Muslims need tune-up on free speech, and lots of catching up Arab News