VENTURA, Ca.-  Before the brother of the first non-Arab reporter for The Arab Daily News committed suicide on Feb. 11, James A. Kasmir wrote about his struggles with Obsessive Compulsive Disorder and prescription drug addictions in short stories, plays, poems and autobiographical files in a computer at Straight Up.

Straight Up is a non-profit project “for ages 12-25 that promotes social change regarding underage and binge drinking, impaired driving, marijuana, prescription drug misuse and other concerns using improvisation and interactive techniques to engage discussion, explore issues, and develop personal and community solutions to these issues.” 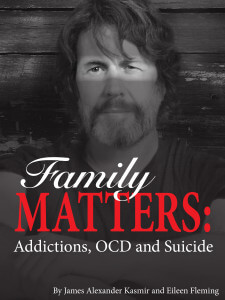 Straight Up is funded by the Ventura California Behavioral Health Department, Alcohol and Drug Programs.

Since 2005, James A. Kasmir had worked with Straight Up and was known as a “good guy, an accomplished musician AND magician, a fine teacher, improviser and friend. The kids and teens who learned theatre from Jim will never forget his style and his generous spirit.”

Because Straight Up promotes the need for “social change regarding prescription drug misuse and other concerns using improvisation and interactive techniques to engage discussion, explore issues, and develop personal and community solutions to these issues” the files this reporter’s youngest brother wrote on their computer and had wanted to publish on their blog as ‘Anonymous’ are now a FREE eBook published to further that initiative which concludes with resources and solutions including Yoga and Yoga Nidra.

Christianity Today and Evolution of the Soul Arab World