Yoga Nidra Can Free You From Insomnia and Pain

Modern science and yoga share the idea that pain and suffering have roots in our past pain, trauma, stress, loss, and illness.

Neuroanatomists explain the process of learning from past experiences as neuroplasticity or brain plasticity.

Yoga uses the word samskara.
Neuroplasticity refers to changes in neural pathways and synapses, which are due to changes in behavior, environment, neural processes, thinking, emotions and injuries.
During most of the 20th century, medical science adhered to the belief that brain structure was immutable after a critical period during early childhood. This belief was challenged by research that discovered that many aspects of the brain remain plastic/changeable into adulthood.

Today neuroplasticity is widely recognized in healthy development, learning, memory, recovery from brain damage such as in cases of stroke victims who regained movement through intensive exercises many years after their cerebral vascular accident had rendered them paralyzed.

Samskaras are the memories of the body and mind that influence how we experience the present moment. Samskaras keep you stuck, feeling the same emotions, thinking the same thoughts, and even experiencing the same pain.

Samskaras do not always lead to suffering—they also lead to positive change. Just as trauma, illness, pain, and stress leave traces on the body and mind, so do positive experiences.

The saying goes you are what you eat and what you practice you become.

I began the practice of yoga in October 2013 and was introduced to the Yoga of Deep Sleep known as Yoga Nidra.

Yoga Nidra is a traditional yoga practice of guided meditation that relaxes the body as one pays attention to sensations and breathes into deep slow smooth rhythms.

Yoga Nidra promotes deep relaxation, which can lead to a literal transformation in the brain.

A study by Hans C. Lou et al in 1999 concluded that Yoga Nidra quiets the prefrontal region of the brain and arouses the posterior visual system – comparable to REM sleep.

In the 1970s, scientists began measuring brain waves of yogis and others with a consistent practice of meditation.

Studies consistently proved their brains slowed from beta to alpha within minutes even in the midst of distraction and noise.

Brain wave patterns that oscillate at a high frequency between 13-36 oscillations per second are called beta brain waves. This pattern shows up when the human mind is busy analyzing information, is stressed or multi-tasks.

Alpha wave patterns appear when the mind is relaxed yet alert and oscillations pulse at approximately 6-13 oscillations per second.

When brain waves slow down to the alpha state and theta wave patterns; the brain’s hyper-rational “executive decision-maker” network is quieted and other parts of the brain associated with unconscious are aroused and leads to insight and increased creativity. 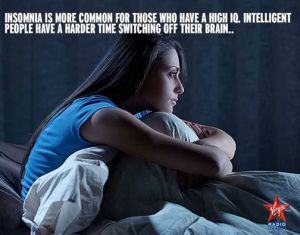 What this insomniac has experienced through practicing Yoga Nidra for thirty minutes before going to bed is:

I now fall asleep immediately – instead of tossing and turning for hours and waking up frequently – I am lately sleeping a solid seven to eight hours and rise fully refreshed.

I also have experienced a change in my attitude – things that previously irritated me such as loosing my Internet connection in the midst of researching online no longer bother me and in fact I feel gratitude for that release from technology.

As personal experience is the quickest teacher, you can begin the practice of Yoga Nidra HERE