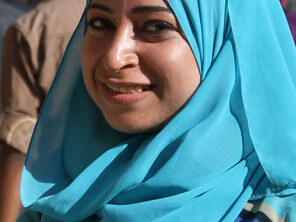 Another Middle East journalist lost her life this week, this time while covering the continued conflict between the Military Coup government in Egypt and the Muslim Brotherhood which many nations have condemned as a terrorist organization.

The killing brings to 1,052 journalists killed around the world, according to the Committee to Protect Journalists, and the 12th in Egypt since 1992 when the CPJ began recording journalist killings.

Muslim Brotherhood on Thuesday, March 28. Ashraf was a reporter for the newspaper, The Daily Al-Dustour. She had covered previous protests for the paper, the reports said.

The clashes involved nationwide protests by the Muslim Brotherhood against Army Chief Abdul-Fattah al-Sisi who led the coup that toppled the Democratically elected President, Mohammed Morsi, and who just this week announced he will resign from the army and run for Egyptian President later this year. al-Sisi served in the military leadership of the former ousted dictator Husni Mubarak who remains in an Egyptian prison but who many believe will be quietly reprieved by al-Sisi. 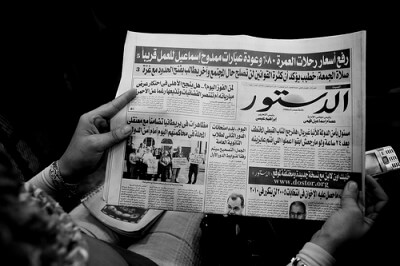 Witnesses said Ashraf was shot in the head. A video broadcast by the news channel Masr Alarabia shows Ashraf being carried away from the scene. Her most recent report from the clashes included a description of the Muslim Brotherhood as a “terrorist group,” leading many pro al-Sisi forces to believe she was intentionally targeted by theMuslim Brotherhood.

Al-Dustour newspaper is well-known for its criticism of the Muslim Brotherhood and the Brotherhood’s Freedom and Justice Party.

Here is a list of the deadliest countries in the world for journalists, according to the CPJ:

According to the CPJ, an editor at Al-Dustour, AbdelKader Ismael, told Al-Hayat TV that ambulances were initially unable to reach her body amid the clashes. He said there was no information yet about who had shot her.

“We call on the Egyptian government to open an independent and impartial investigation into Mayada Ashraf’s killing,” said Sherif Mansour, CPJ’s Middle East and North Africa program coordinator. “A journalist’s death should not be used to settle political scores-the focus should be on journalists’ right to safely cover events in Egypt.”

At least four other journalists have been killed covering clashes since the army ousted former President Mohamed Morsi, according to CPJ research.

Repression against journalists has increased in Egypt since the Military Coup in which Morsi was forcibly removed from office in a coup by General al-Sisi and the Egyptian military. Most of the killings of Egyptian journalists has occurred in the course of the past year, CPJ data shows.

Here is the list of journalists killed in Egypt, in addition to Ms. Ashraf, with links to the CPJ bios on the victims:

The CPJ also reports that Mohamed Aamer, a reporter for the Muslim Brotherhood’s daily Freedom and Justice newspaper, was released from prison on March 21, in an unrelated event. Firas al-Shamsan, a Yemeni freelance journalist, was released from jail on March 4, according to news reports.

And, CPJ reports that the trial for three Al-Jazeera journalists, who are accused of “terrorism,” has been adjourned until Monday, March 31. They have been charged with “distorting the country abroad” and “fabricating news to aid the Muslim Brotherhood.”

Egyptian authorities often use legal harassment and arbitrary detention as a means to silence critical journalists, according to CPJ research. AlJazeera has protested the arrests as an act of media harassment and intimidation.