The 4chan post “Why do the Jews still bully Mordechai Vanunu” was published and archived on Sunday; but the thread continues to generate Vanunu Google Alerts on Tuesday.

4chan is an anonymous English-language website dedicated to a wide variety of topics. Registration is not possible and posts are made anonymously.

The 4chan post “Why do the Jews still bully Mordechai Vanunu” was published and archived on Sunday.

On 3 December 2019, Israel’s Supreme Court dismissed Vanunu’s latest petition seeking to end the restraining orders against “his freedom” and “privacy” Why is this allowed…why is this man forgotten

Three anonymous replies were posted before the thread was archived, but as the post continues to generate Mordechai Vanunu Google Alerts on Tuesday, this reporter responds to 4chan’s “Why do the Jews still bully Mordechai Vanunu” by first addressing the phrase: “the Jews” because of its anti-Semitic connotation and the rise of 21st century anti-Semitism, which I addressed in a “USS Liberty Love Story” which is a free download HERE 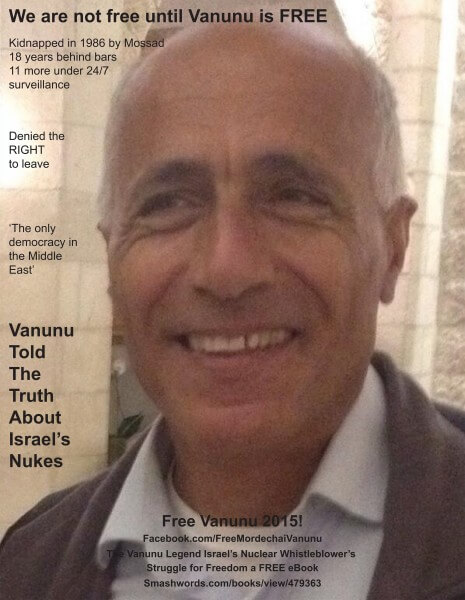 A “bully” seeks to harm, intimidate, or coerce someone perceived as vulnerable, weak, impotent, helpless or powerless.

The state of Israel is indeed acting as a bully in denying Vanunu the right to realize Norway’s family reunification asylum granted him after his 2015 wedding to Professor Kristin Joachimsen.

Excerpted from Heroes, Muses and the Saga of Mordechai Vanunu:

On 4 August 2015, Vanunu wrote at Facebook: “So time to end this case, and to let me start new life with my Wife in Norway, we will be in the court again next month…to end this case, to send me free.”

This American writer became a reporter in 2005 while in Jerusalem after a serendipitous encounter with Vanunu because Israel’s nuclear whistle blower told me:

“The French were responsible for the actual building of the Dimona. The Germans gave the money; they were feeling guilty for the Holocaust, and tried to pay their way out. Everything inside was written in French, when I was there, almost twenty years ago. Back then; the Dimona descended seven floors underground.

The latest news regarding Vanunu is no news at all, as Vanunu Tweeted on February 1: 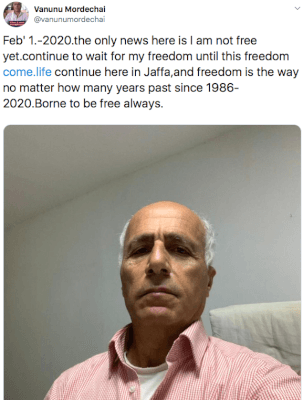