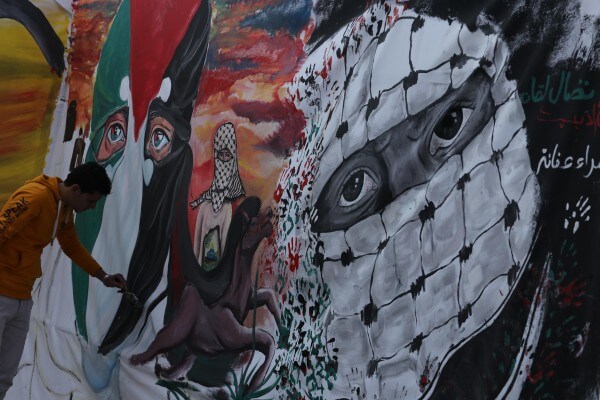 Palestinians protest Israeli violence with creative talents By Mohammed Asad Palestinian youths play music and paint murals during an event to show solidarity with the Palestinians in the West Bank and Jerusalem, in Gaza city on November 18, 2015. The surge in violence across Israel, Jerusalem and the Israeli-occupied West Bank has been fueled in…