The U.S. today is a melting pot of cultures, thanks to increasing ethnic and racial diversification. If the trend continues, America will be more colorful than ever by 2045, at which point no single ethnic group will constitute the majority in the U.S. for the first time.

But with immigration reform still a hot-button issue, the U.S. ethnic landscape may change again in the near future. In the meantime, WalletHub took a snapshot of America’s current cultural profile, comparing more than 500 of the largest U.S. cities across three key indicators of ethnic diversity. WalletHub examined each city based on ethnicity and race, language and birthplace.

To view the chart of the top 501 diverse cities in America, click this link.

WalletHub has identified the 501 most diversified cities in America. Here are the interactive charts: 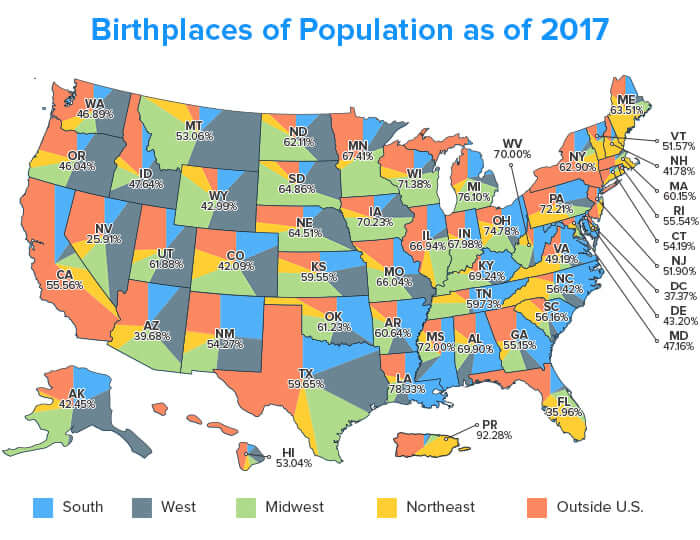