Earth Day was birthed in 1970, after the massive oil spill in Santa Barbara, California in 1969

Earth Day was birthed in 1970, after Sen. Gaylord Nelson of Wisconsin and U.S. Rep. Pete McCloskey of California led a staff of 85 to rally 20 million people across the United States to learn about the environment and find ways to defend the planet.

According to a History of Earth Day by the Earth Day Network, which was founded by the event’s organizers to promote environmental citizenship and action year-round:

“Groups that had been fighting against oil spills, polluting factories and power plants, raw sewage, toxic dumps, pesticides, freeways, the loss of wilderness, and the extinction of wildlife suddenly realized they shared common values.”

Senator G. Nelson wrote, “It was on that day that Americans made it clear that they understood and were deeply concerned over the deterioration of our environment and the mindless dissipation of our resources.”

According to the Earth Day Network:

In 1990, Earth Day went global, and 200 million people in 141 countries participated in the event.
Earth Day 2000 included 5,000 environmental groups and 184 countries.
In 2010, for the 40th anniversary of Earth Day, 225,000 people gathered at the National Mall for a climate rally.
Last year on Earth Day, the United Nations Secretary General Ban Ki-moon asked world leaders to sign the Paris Climate Agreement and President Barack Obama committed America to it. 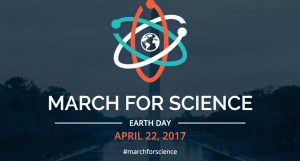 On this Earth Day the March for Science is rallying on the national mall in Washington, D.C. and in the streets of New York

“If I can’t dance it’s not my revolution” and every year since 2013, this American global citizen of the world dances to The Earth is my Church

On April 29, The Peoples Climate Movement will take it back to The Streets of D.C. because in the era of Trump the “fierce urgency of now” calls to ALL to stand up for a viable future:

These Stories will be continued HERE