The elimination of the banlieusards provokes effectively the revolt of the banlieue subculture and confirms the rebous (Arabs’) political message of resistance and existence. It is also a statement of identity, the reality is, there is a constant influx, don’t assimilate and acculturate.

All these manners of speaking appropriate foreign language can make difficult the conversation between a group of banlieusards in the Parisian sub-peripheric cites. Yet, there is certain balance of the Whesh and Ouf (fou) (what in Arabic and crazy in French), with phrases and words, which are common and conveyed most of the time by the rap.

At best, there is French (Babtou), taught most of the time at pre-school and school, in terms of cultural struggle considered as a “booty of war” according to the phrase of Kateb Yacine.

This horizontal structure of the Whesh, Deblé and Lépar (what, country and speak) requires symbolic function of a language, is that it proves that people are communicating. The slang of the suburbs breathes a dusty French language literary elites struggling to leave or change, he represents an impoverishment of the language of Molière.

For hundreds of years, the French language is enriched as and as population evolve; for instance, though, this same debate took place in every age and generation, confronting elderly and young. Similarly in the U.S, the slang has always had a bad press, but nowadays, nobody can criticize the evolution of the Spanglish language so that the Verlan in France because of societal changes and social comportment emerged  in Parisian suburbs or sub-peripheric cities and Northern neighborhoods in Marseille.

Like in France, the majority of the population is familiar with the Slang/Verlan of the 80s, and almost everyone under 55-year-old may use the words, Taff (work), Keff (police) and Meuf (woman). But also the words Za’ama (show off), and Chouiya (bit) originally from the Maghreb, and gradually integrated into the French oral language for thirty years, like Chibani (old man) previously used by the French White native of the Maghreb (les pieds noirs).

This is changing again and again. Slang or Verlan cited example is more overused by the youth (Jenz) of 80s and 90s, in return replaced by phrases come from all over the banlieue and its public and social houses’ halls.

Today, talks with our “Khos” (bros), is like chanting under the shower; these phrases come from everywhere and are integrated with ease into the vocabulary and lexicon of young of all immigrant nationality backgrounds. This is the basis of the banlieue community multiculturalism.

The false concern is that at a time when the identity crisis is exacerbating hatred and the rejection from the other. It is easy to stigmatize the youth from the suburbs, children of immigrants and color, who are “disloyal” to France, are violent, uneducated and do not speak French properly — the “scums” (la racaille) as it is called by the White French even political leaders. 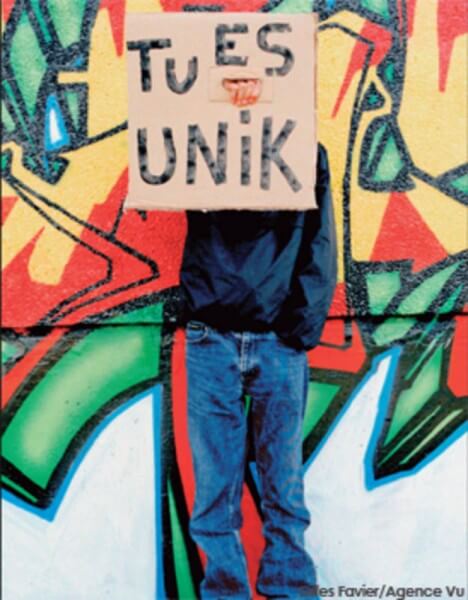 But this way of thinking to the brink of a primary racism (Cistera) is really supported by the far-right. Though, one has witnessed, the youth in the banlieues speak with an accent, but proper French. The real worrisome comes when one realizes that this slang is used in the suburbs to differentiate themselves from the White French and its establishment as an affirmation to the rejectionists’ exclusion.

The challenge is to accept the oral language of the suburbs, which makes a world of good in a difficult French language literary elites trap by preventing mediocrity, but not forgetting to defend the foundations and the tools of the French language, and that throughout the nation’s territory. There are two basic approaches to Verlan, with countless variations: switching and borrowing.

Borrowing words from colloquial Maghreb Arabic and French-zing them has typically been the creation of children’s immigrants, whose parents (rentpa) did not speak French contort French words for everyday survival. This method makes new words by pronouncing a French word ”French style,” dropping final consonants, softening others, replacing Qafs (Q) with Kafs, Hha’s (happy H of ham) with strong (H of hob) and Sadd’s of saw) with S’s of sin), and spelled by transliterating the result using French spelling conventional letters and characters.

Sometimes, a French word is borrowed for reasons of efficiency, since French is famously multi-syllabic. Instead of saying, ”Américain” for ”American,” Verlan speakers opt for ”Cainry.” Instead of ”casse croute” (casse dale) for ”manger,” they say ”Graill.”

At Djamel Comedy, a stand-up comic and actor, from Paris, whose comedians do a whole riff on Verlan. Give them an applaud, “there are whole generation of artists out there that speak exactly that.” Djamel said. The children of immigrants, who grow up speaking or hearing Arabic at home, and French everywhere else, use these borrowed words, (Kawa, (coffee) H’rira, (soup) and Esteghfer Allah (repent to Allah) with Staff Allah, but they take Verlan one step further.

Traditionalists and far-right wing politicians have sometimes deplored this ”switching code” between languages, often calling it a product of laziness and ignorance. They come to rely on French words to fill the gap. However, the European Observation of Arabic Language Teaching (OEELA) al-Marsad, members in Paris think this socio-cultural behavior is far for being a new linguistic paradigm has recently emerged that Verlan illustrates a high degree of confusion for the banlieue’s children in both languages.

It is also a statement of identity, the reality is, because there is a constant influx, don’t assimilate and acculturate — Talking the Talk of the two basic forms of Verlan, borrowing, pronouncing Arabic words ”French-style” unlike the Spanglish in the U.S., the Verlan is not a written language — is more common among first-generation speakers knowing (les beurs).

Later generations tend switch back and forth (this is what Verlan means). Often spoken with a sense of humor and scornful that has vaulted from banlieues’ streets and social housing allées in the 80s, where the young beurs (Arabs’) message was about political awareness and identity confirmation through rap musicians (Zebda and NTM bands) and football stars like Nasri, Benzema and Ben Arfa to the French politicians, who are dying to speak to a generation that sees them roulou (lourd) boring.

A Cri-de-coeur for Dignity and Stability  Abdennour Toumi