“I have a dream” by Dr. Martin Luther King, Jr. was echoed at Saturday’s historic uniting of Christianity and Islam on the steps of the Lincoln Memorial

A dream for many materialized on the steps of the Lincoln Memorial on Christmas Saturday, presented by The American Muslim Institution and the All Dulles Area Muslim Society (ADAMS), one of the largest Muslim communities/mosques in the DC Metro Area and in the United States, at the first Christmas and Milad-un-Nabi celebration of the birth of Jesus and Prophet Muhammad 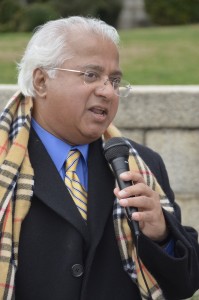 Spokesperson Mike Ghouse said:
We chose this location, as it signifies another great event in our history, Rev. Martin Luther King’s dream speech that became a catalyst in fulfilling the vision of our founding fathers that we are all created equal. We have more steps to take towards a cohesive America.

At American Muslim Institution, we take this responsibility seriously and we work to forge the ideals of one nation, indivisible with liberty and justice for all. We are committed to a cohesive and safe America for everyone.

Evil exists because good people do nothing about it but we the good people are doing something about it. We are condemning the evil acts of ISIS, and sending them a clear message that the world condemns their act and that they have no place among the civil societies unless they surrender and give up terrorism, violence and extremism.

The current population of the world is 7.3 Billion.
Christians and Muslims make up nearly half of the world population, and it is our duty to restore God’s vision and our dream of harmony and peace on earth for we are all in this together.

The other half of the world’s population is guided by great men like Zarathustra, Moses, Krishna, Rama, Buddha, Confucius, Mahavir, Nanak, Bahaullah and a host of others from the native and earth based traditions including those who do not believe in a defined God, but advocate creating balance in the society.

All spiritual masters have taught us to be kind and gentle to the fringe among us.  Each one of them taught to respect the sanctity of life.  A majority of us get that right but the fringe among us do not. It is our duty to include them kindly and strive to do as Jesus modeled with his nonviolent stance against violence, hate and ignorance.

The Quran advocates responding to belligerence with kindness and love and challenges us to see if foes don’t turn into friends. Mother Teresa said; if you want to make peace, go talk with your enemies.

God places the responsibility on all of our shoulders to keep the world intact; they way He created it with all of creation interrelated and working cohesively.

We all have the obligation to co-create a safe and secure society for all people.

A world where everyone minds his own unique life (be it social, cultural, spiritual or religious) yet nurtures the connectivity of all beings.

Both Jesus and Muhammad created a vision of such a cohesive world in the form of heaven, where every soul would live in eternal bliss; a conflict free zone, living their own bliss and letting others live theirs.

This vision is expressed in the form of Pluralism, an attitude of respecting the otherness of others and accepting the God given uniqueness of each one of us. When we reach that level of integrity in our attitudes conflicts fade and solutions emerge; and that was their vision.

I call Jesus the first pluralist in the world and Muhammad the second one sequentially. Indeed, both the men were (are) a mercy to mankind.

Pluralism is an attitude of live and let live, and it is applicable in every aspect of life including culture, society, religion, politics, gender, food, ethnicity, race and other uniqueness’s.

By the end of 2020, there will not be a major city in America, and perhaps in the world, where you will not find people of different faiths, cultures, ethnicities, races, nationalities and social backgrounds working, eating, playing, marrying, and doing things together.

We need to prepare ourselves for those eventualities to prevent possible conflicts, and lay a good foundation for nurturing goodwill and effective functioning of the societies. Exclusive communities will become a thing of the past.  If you live amidst others, you must also respect the otherness of others, as you expect them to do the same for you.

Yes we can learn to respect the otherness of others and accept the God-given uniqueness of each one of the seven billion of us.

You alone are responsible for your actions and thoughts and no one but you should be blamed for your actions. If you murder someone, it’s you who needs to be hauled off, not your parents, spouse, siblings, or your children. If you are a rapist, it is you who need to be punished and not your teacher, mayor, congressman, senator, imam, pastor, pundit, rabbi, shaman, clergy, Quran, Bible, Torah, Avesta, Bhagvad Gita, Guru Granth Saheb, Kitab al Muqaddas and other holy books of any religion for that matter.

Muslims are sick of the terrorists, ISIS, Al-Qaeda, Boko Haram and their ilk committing evil acts and conveniently passing the buck to their religion, and Muslims are neither happy with those few gullible Americans who are too eager to buy the poor excuses of these gangs. Instead of punishing these criminals, they are hell bent on finding faults with the religion. 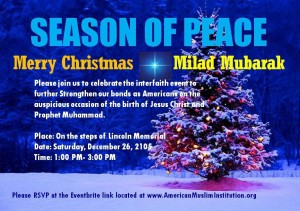 In the 1960’s Reverend Martin Luther King Jr. encouraged the ‘do something’ attitude:

Chief Seattle, a Native American knew, “All things are connected. Whatever befalls the earth befalls the sons of the earth. Man did not weave the web of life; he is merely a strand in it. Whatever he does to the webs, he does it to himself.”

Reverend King also said: “It really boils down to this: that all life is interrelated. We are all caught in an inescapable network [web] of mutuality, tied into a single garment of destiny. Whatever affects one destiny, affects all indirectly.” 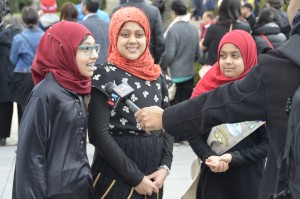 We are committed to building cohesive societies, where no human has to live in apprehension, discomfort or fear of a fellow being.

Inspired by Ghouse, I recalled my first of 8 trips to both sides of The Wall when I was inspired to do something by the speakers at a satellite-linked interfaith conference for peace in Jerusalem, which Dan Rather moderated from Washington D.C..

Rev. Theodore Hessburgh, president emeritus of the University of Notre Dame began the event stating:  “The peace of the world begins in Jerusalem.”

The coordinator of World Bank emergency services to the PA, Rania Kharma encouraged, “We all need to be the bridges to our leaders and carry the message that only justice, equality, and human rights will bring peace. Give people justice, and they will reward you with peace.”

Sheik Imad Falouiji warned, “Religions must go back to their origins. God commands us to love each other and live together. This Holy Land was given to all people. This land is on fire. There is an occupation that must be removed. The language of peace cannot succeed without justice for all.”

The bishop of Jerusalem, Rt. Rev. Riah Abu Assal nailed it: “Peace is an act. Blessed are the peacemakers, not the peace talkers. Peace is possible in the Holy Land. The root cause for the lack of peace since 1967 [1948!] is the occupation. For peace to make progress in the Middle East, we need to deal with the root cause. Religion was not meant to bring death. All those involved in searching for peace should commit themselves to work for justice and truth.”

A something I did when I ran for US HOUSE in 2012, was to ‘steal’ Reverend Martin Luther King’s Letter from Birmingham Jail to undergird my platform and draft this Citizens of Conscience Manifesto.

Dr. Mike Ghouse is a community consultant, social scientist, thinker, writer, newsmaker and a professional speaker committed to building cohesive societies and he offers pluralistic solutions on issues of the day. Visit him at www.MikeGhouse.net and at TheGhousediary.com 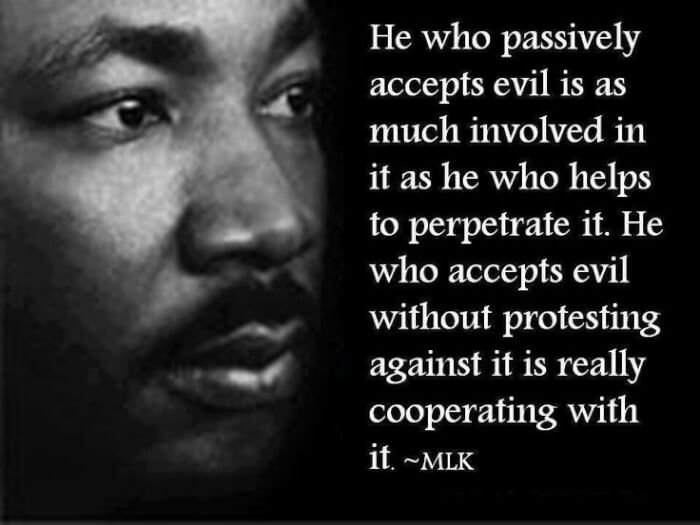