Countdown to Deconstruction: a White American terrorists strikes down innocent victims, but the biased mainstream American news media won’t let you see it for what it really is

A devastating terrorist attack has just taken place in America.

Many are injured, several are dead. The US fear machine is on full blast, pumping colossal doses of fascist fare for a shaky populous to devour.

Side by side, the above tragedies exist; parallel but without connection.

White American, Robert Dear, showed up at a Colorado Springs Planned Parenthood and with gun in hand and the squeezing of the trigger, he linked arms across the annals of American history with every other white American male terrorist with a casualty count on their conscience.

American media has apparently used the word terrorist so often when describing Muslims, Americans of Arab descent and children fleeing violence in Syria that they forgot to use it when it was actually applicable. Robert Dear is a terrorist, but you wouldn’t know that from watching mainstream US media.

He also shares a unique feature that is only seen in white American male serial and spree killers; he was captured alive and unharmed. Young black males like Michael Brown, Freddie Gray and Eric Garner who were suspects to alleged shoplifting, possessing a switchblade and selling cigarettes illegally were shot to death, beaten to the point of lethal injury and strangled to death in the streets.

However, white males who have guns in their hands, smoke wafting from the barrels, surrounded by death and carnage, not only are arrested unharmed but manage to evade such titling US mainstream media and political figures reserve for blanketing over entire Muslim populations and Muslim majority countries: terrorist. Are you angry yet? 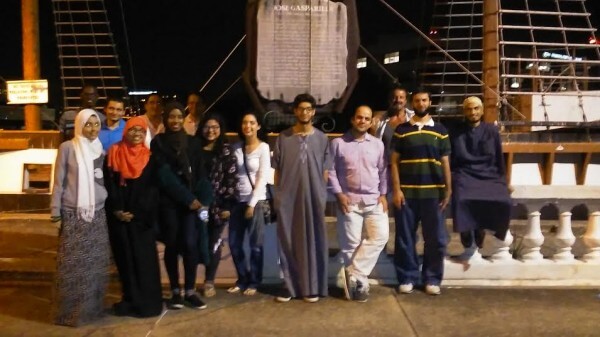 Dreaming up breathtaking works on Bedouin children in Syria, or her newest film about young Muslim girl Suhana, Jude seeks and finds through the lens of her camera, a radical challenge to present to a world with selective hearing bent towards the silencing of Muslim voices.

While cartoonish figures like Republican front runner Donald Trump regurgitates rhetoric so similar to Hitleresque national socialism, so far as to suggest identifying markers for followers of Islam and the shutting down of US mosques, Muslims such as Jude and many others are bettering and alleviating violence in my own community and communities across the United States. A country whose lion share of governors have recently proclaimed their denial of Syrian refugees who, in their wildest nightmares, they somehow imagine are flowing across their precious borders into the land of privilege. Governors like New Jersey’s Chris Christie who stated that even Syrian orphans under the age of five would not be welcomed. Are you angry yet? 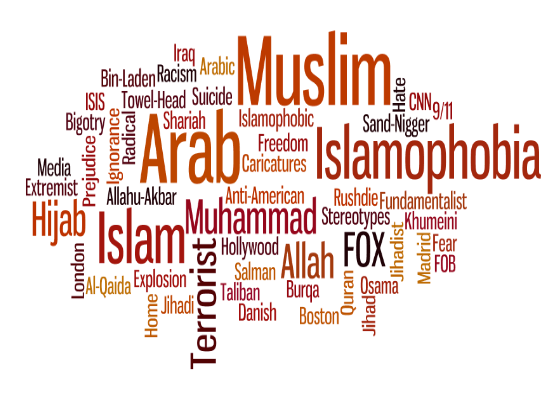 With the moon high over Tampa Bay, I walked down Bayshore, a privileged corridor of multi-million dollar houses to a small enclave where a collection of around twenty young people whose laughter and lively conversation carried across the lanes of traffic as I waited to cross to where they were gathered.

Meet Project Downtown, a homeless advocacy organization, begun by a handful of Muslim Student Association members. On Project Downtown’s frequently asked questions page, when queried about whether PDT was a religious organization, the answer given is, “It is the Islamic teachings of our Prophet Muhammad (SAW) that we base our purpose on. He said, ‘Those of you who go to bed full, while your neighbor is hungry is not from amongst us.’”

PDT’s humane and ethical actions are taking place on a weekly basis, hundreds of servings of food given out, from the heart of the teachings of Islam. Volunteer coordinator Shabia, a welcoming young woman with a kind smile specified PDT’s reach in Tampa, a community with thousands going hungry on a nightly basis, “We bring 350 sandwiches a week, but we focus more on the conversations: a meal lasts one night, but a conversation lasts much longer. Sometimes, even more than food, people need emotional support.” 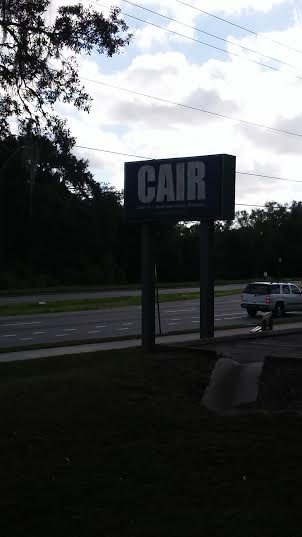 Safiyyah, another young volunteer, at 21, has been with Project Downtown for three years. She shares Shabia’s empathy, “I have a passion for understanding why people do what they do as a result of the circumstances they’re in. They are on the streets and if we don’t interact, we tend to make judgements. People face struggles and they make decisions that are relevant to their life circumstances.”

350 stomachs filled by Muslim youth in my community every week. As for non-Muslims volunteering with PDT, their website’s claims, in stark contrast to the separatist poisons being peppered over the American public, “Project Downtown is open to people of all faiths, creeds and walks of life.”

They share a similar transcendence of ethics as does the CAIR (Council on American-Islamic Relations) entity, a US based organization functioning fifteen years in American communities doing critical work like providing legal aid for all, (regardless of race, religion or ethnicity) watchdogging legislation to ensure that oppressive, rights-infringing laws are not passed and in and of itself challenging stereotypes of Islam and Muslims.

In the Tampa CAIR office of Laila Abdelaziz, a refreshing stream of compassion freely flows, “People may not understand empathy. They may have never been shortcut because of who they are, because of what they are inherently. That’s what we do at CAIR, foster empathy.”

Addressing what she referred to as the ‘broader irony’ of the United States global specter terrorist-jacketing Muslims particularly after the Paris bombings, “Our indiscriminate drone war killed civilians in Yemen and Syria. The US is constantly leaving civilian casualties. This may be too raw for people to hear. The killings are a tragedy in both places. People are starting to see what destruction and chaos looks like.”

Laila points out that the state of Florida, where I spent weeks reading up on Muslim based organizations and interviewing Muslims working within Florida communities to provide better circumstances, better access and better care, not to their fellow Muslims, but to all human beings, harbors the country’s largest number of hate groups.

In the wake of laws and commentaries alike demonizing Muslims, Laila asserts that, “When you make statements or pass laws that stigmatize communities, you are creating exactly that kind of communities that Daesh (ISIL) recruits from. You are creating a climate of isolationism and I don’t agree with that direction, the direction of, ‘we’ve scared you, we’ve otherized you, we’ve named the scapegoats, we’ve actualized military dominance over the world.’”

If military might made right, than the United States, a country founded on terrorism and violence, would be excused for the outrageous levying of terrorist accusations on entire religious and geographical populations. But if the masses, whose lives were snuffed out by US military issued weaponry, could rise in unison, the sight would eclipse the sun.

Muslims, like Christians, Jews, Buddhists, Hindus, Atheists et al are not responsible for changing (manufactured) public perception against them. They are responsible, as are we all, for being decent human beings. I see no acute failure of that responsibility in Muslims in my own community; not when I see hungry human beings walking away with a smile and a sandwich during a Project Downtown food sharing. Not when I drive past the Mosque near my home and see the Red Crescent clinic sign proclaiming, ‘Free Healthcare for all Mankind.’ Not in Jude Chehab’s poetic assertions of her filmmaking being to tell the stories of those whose stories aren’t told, or have the wrong people telling them. Not sitting before Laila Abdelaziz whose stunning humanity, if shared and practiced by all, would break the mountains.

Letting go of the obscured lens of bigotry that is calibrated to be blind to prolific acts of white terrorism, yet magnifies and scapegoats entire populations, whole religions, generalizes and cheapens the human experience into ominous systems of compartmentalization, means one has vision clear enough to blur the lines intended to divide us.

Laila fundamentally believes that “people shouldn’t underestimate themselves. People with kind hearts are out there. We should try to take back our communities.” Maybe taking our communities back begins with getting angry, and if we aren’t angry yet, maybe it’s time that we were.

Vanunu Mordechai TWEETS his struggle for FREEDOM from Israel Activism