‘Sultan’ Erdoğan the Magnificent of Turkey

Paris, France — Turkey has won, those who want political stability and economic prosperity have won, and those who are fighting for democracy in the region have won.

In a stunning political season, the AK Party and President Erdoğan won a landslide victory in Sunday’s early parliamentary elections that left Turk leftists neo-bourgeois, Kurds nationalists, and the defeatists in the region, in shock. Both the Turkish ultra-conservative Nationalist Movement Party (MHP) and the Kurdish Nationalist Peoples’ Democratic Party (HDP) have lost seats.

The HDP surpassed the 10% threshold needed to win seats in the new parliament.

The AKP party won almost 50% of the vote. That would give it about 325 seats in the 550-seat parliament, comfortably ahead of its three main rival parties and easily enough to form a government purely AKP.

With all the votes counted, the AKP won almost 50%, according to the state news agency Anadolu. The main opposition, Republican People’s Party (CHP), stood at 25.2%, crushing all possibilities of a coalition government. The HDP scraped over the required ten percent threshold with 10.6% of all votes, down from 13% in its historical score in the June 7th election.

While passing the ten percent threshold, HDP has been bitterly disappointed, particularly after seeing their major losses in the eastern provinces and their struggle to maintain their position over the threshold.

The leading AKP Party all but snatched away the eastern provinces of Ardahan and Kars from HDP.  The AK Party also regained the majority of votes from the MHP in southern Osmaniye province which is the home of HDP leader Devlet Bahçeli.

CHP was left trailing far behind with 25.4% in second place.

The message is clear, the Turks and Kurds have decided to vote for political stability and economic prosperity, which they have been enjoying for a decade, by steering clear of anarchy, and Sunday’s results mark a record victory since 2002.

The election was a completely peaceful process despite a few minor isolated incidents in some cities. Not even the PKK nor ISO could disturb it. This was due to the huge number of police and military forces, more than 500,000, that were on hand during the proceedings. The people of southeastern and eastern Turkey defied the threats of the PKK and  against all odds went to the polls and supported the AK Party.

This election served as a referendum on President Erdoğan- Erdoğan vs. his ideological-geo-political opponents-who call him a dictator/sultan. Yet he showed them that true leadership can make risky decisions, in their view suicidal, in public foreign and defense policies.

There is also concern regarding a civilian constitution and the possible establishment of a presidential system.

In respect for this audacious and tough leader, ninety percent of the Arabs from Muscat to Nouakchott would have voted for his party, because they are hungry for a leader and a president who cares about them, their safety and the national security and prestige of the country.

So, Turkey has won, those who want political stability and economic prosperity have won, and those who are fighting for democracy in the region have won. President Erdoğan and Prime Minister Ahmet Davutoğlu are major winners at a time when the majority of the political analysts had begun the absent’s prayer for them.

But by the power of the vote they have been resurrected and strongly so in light of the Syrian dossier and more importantly the Kurdish question in north Syria.  Although Premier Davutoğlu was harshly criticized about his Syrian adventure (Turkey’s zero problem foreign policy strategy) today his boss is smiling and the quiet nights of sleep are ending for Assad.

Furthermore, Tehran, Moscow and Washington are watching the video of Sunday’s game attentively, because the results have sent them back to square one.

Regarding the local Kurdish question, certainly today President Erdoğan and the moderate Kurds will continue their tactical talks to find a final solution for this thorny issue, and by bringing back APO (uncle) Öcalan to the scenario rather than Demirtaș,  whose political amateurism cost him a bright future, going from king-maker to a populist “hoca.” 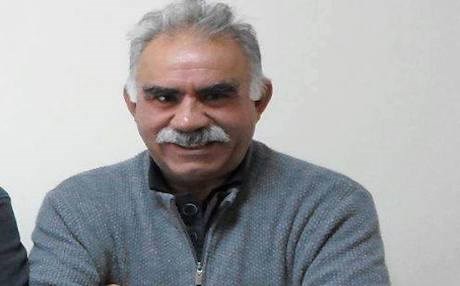 On the contrary, many analysts are still betting that President Erdoğan won’t listen and will take the country into an unknown future. Hence, politics is like football or rugby, blocking and tackling are basic components of the game, and to be successful in politics or sports, a player must know when to block and when to tackle.

The Gülen movement, the leftists and the narcissistic academicians (Turks and Kurds alike) did everything to overthrow the AKP and President Erdoğan, even to aspire throwing him in jail like President Morsi, dividing the AK Party to form a fifth party from it, and involving Abdullah Gül in this scenario — but they have failed. Certainly President Erdoğan and his Premier read the message as a severe warning from the voters in the June 7th elections.

The Western media and his detractors in Turkey and the region have tried to label President Erdoğan a dictator/‘sultan’ and fuel the impression that his project and political Islam are on the way out. But the Sunday election results have given him an unarguable political mandate to stand before his supporters in Turkey and the region as a magnificent leader, whom it seems “got” it, hence polity rhymes with reason.