Israeli Forces continue to target Palestinian youth in the occupied West Bank. This week, three young martyrs joined the thousands of others whose deaths tell the story of Palestinian resistance to the occupation and theft of Palestine.

Hebron, Occupied Palestine — There are bullet holes in the metal doors siding the exit-passage of checkpoint 56 in the Tel Rumeida section of al-Khalil (Hebron). There was then a small hole dug in the ground at the Martyrs cemetery just large enough for an eighteen year old female Palestinian student. A young woman whose skin met the earth while tears fell from the sunken eyes of a crowd sharing such a similar countenance of grief that it was hard to tell where one ended and the next began.

Her name was Hadeel al-Hashlamoun. And though the Israeli forces, who took every preventative measure against a reasonable, rational, non-violent end to a flash-escalated “security” issue, may not- may never give a thought to who she was, where she was going, where she came from and certainly, as the responsible party for a large aspect of the hardships her life entailed, how she was feeling in that frozen moment when they screamed at her in a tongue foreign from her own.

One witness to what would momentarily become a scene of wholly unnecessary and depraved violence, pleaded with them as the guns encapsulated him as well within their line of fire. “She does not speak Hebrew! Let me talk to her!” Israeli forces up on their toes, fingers- every one twitching on triggers, Israeli settlers on Palestinian land circling for a show they´ll never have to star in, dust in the air, children watching… and Hadeel. Her eyes widened in fear, framed in cloth by her niqab, her body hesitant and unaware of whether moving or stillness meant death from the foreigners screaming orders at her that she was unable to discern.

A stream of bullets would follow, into one leg, into the other, then rapid-fire kill shots into her chest. Hadeel would live long enough to lay in the street, feeling the strange sensation of a body in dying.  Maybe she saw the Palestinian ambulance rush to the scene within minutes and desperately try to get through the checkpoint to treat her. Maybe she saw the Israeli forces who shot her denying them entry. Maybe she heard the soldiers´ laughing and light conversation as the blood drained from multiple holes in her body. Maybe she heard the snap of the settlers´cameras as they photographed her body in wanting of an exit. Maybe she was shocked when the sky changed in her frame of sight as the Israeli soldiers dragged her away by her feet. And maybe she felt every second of the endless stretch of forty minutes it took for the Israeli medics, who had already been on the scene, to begin to treat her. Maybe.

Seemingly no sense at all can be made of the hatred that weighted the soldier´s trigger fingers that morning. Or that night. Or that evening. Or any of those days. Or any of those nights that end in the lifeless and bleeding bodies of Palestinians. Even further from sense is the ages of the martyrs felled from the hands of their occupiers.

Israel is ripping at the roots of Palestine.

Murders of young Palestinians by their occupiers is endemic. As is the under reporting of the murders. As Israeli lawmaker Ayalet Shaked’s inhuman words gave directive in the form of a call for genocide because it calls for the slaughter of Palestinian mothers who give birth to “little snakes,” no Palestinian is safe. They are all a part of the wildest nightmares of those pushing, promoting and perpetuating race hatred and the violence that flourishes therefrom.

Ayalet is not alone, though the entire world should have collectively bristled at her words and isolated a person harboring such blood lust, not to mention building barriers to her being in any kind of position of power. The upper echelons of the Zionist entity running a tight ship on their stolen anti-assimilation state do not shy away from the words that create the deeds that create the endless instances of unbearable grief comprising Palestinian life under occupation. Week in and week out, this is life in Palestine. The difficult weeks of those in a militarily occupied conflict zone. 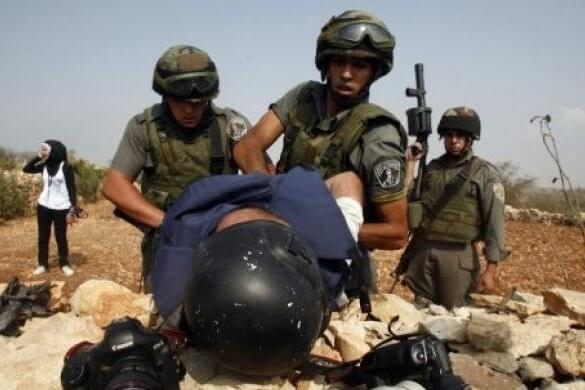 There have been many difficult weeks in the occupied and besieged Palestinian territories- 67 years worth, in fact.  This week has been one of them as Hadeel was laid to rest before an ocean of mourners, and as thousands of Palestinians marched in the funeral of Ahmad Izzat Khatatbeh, 26, who died on Thursday from wounds sustained by Israeli forces at the Beit Furik checkpoint in the occupied West Bank last week and after Diya Abdul-Halim Talahmah, 21, was killed during clashes with Israeli forces in al-Khalil (Hebron) on Monday. A difficult week. Their ages added up together fall sixteen years short of the average life expectancy of an Israeli.

hese murders meet like dominoes, murders that make a time line of chronology of one of the globe´s most treacherous illegalities allowed to occur since the white veil of colonialism camouflages their crimes from the global powers charged with monitoring and subsequently punishing them. But dehumanization only works if the subject is not resisting her/his degradation. The Palestinian liberation struggle continues despite every attempt at flat-lining it.

This week, flat-lining attempts looked like two AFP journalists being violently assaulted Friday by Israeli soldiers who destroyed and seized their equipment in the occupied West Bank after the funeral of a Palestinian killed by the army.  It looked like the Palestinian police chief in Nablus watching his three year old daughter shot in the face with a high powered projectile rubber coated steel bullet by Israeli forces as she stood on the balcony of her home. It looked like her father being shot as he frantically rushed to the aid of his heavily bleeding child. It looked like, at least, 26 Palestinians who have been killed by Israeli forces since the start of 2015 in the rabid, unchecked violence of the Israeli military occupiers who may be acting out of shock that it is taking more than the prolific placement of a flag used to disguise the Palestinian state- that its taking more than violence, harassment, race hatred, antagonism, imprisonment and segregation to defeat the Palestinian state. 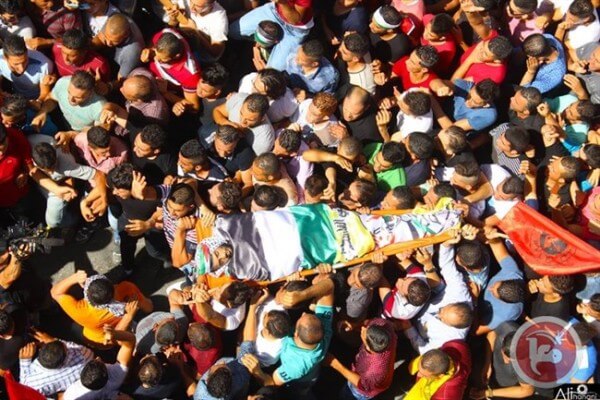 Israel is ripping at the roots of Palestine.

Countless thousands of Palestinian youth represent the heart of that final intifada, the final shaking off of their tormentors. This is why Israeli forces are so prolific in targeting them. It is rare to walk through areas of the West Bank, particularly Area C Israeli military controlled areas such as H-2 Hebron and not see young Palestinians sitting on curbs surrounded by Israeli soldiers who pass around their confiscated passports, halting and lilting over one another, calling their commander and waiting for word back from the disembodied voice granting the Palestinian their ability to continue moving along in their lives- only until the next soldier decides to stop them.

Overall a major issue is that Israeli forces operate in oblivion where they do not take into account that when they randomly stop and harass a Palestinian at checkpoints or in the middle of roads, or shops or inside their homes, that they have likely been through the same ordeal countless times before.  And it is tiring. One might wonder how many times Hadeel had been stopped by Israeli forces previously, how many times male soldiers instructed her to lift her niqab before she was granted the right to free movement within her own country.

The point being that there is history there. Israeli forces may brush off a murder and move on fresh faced to the next day, but every scar sits in the psyche of those they have created for and placed within atrocities for decades upon decades. On this day, we visit with 33 year old Abed Seder who hasn´t been able to open the metal windows at the back of his house for over 17 years. Ten years ago, Abed´s wife Kifa was killed after being shot while getting water from the roof of their home. Kifa and Abed’s son Wadeer then endured a violent attack when settlers threw acid into his eyes.  The resulting medical costs for Wadeer’s eye injuries exceeds 5,000NIS. The resulting emotional toll from the murder of his wife is immeasurable.

Abed shows us videos he has taken of the numerous problems his family endures through living near the Beit Hadassa Israeli settlement. A settler-only playground sits on the roof of Palestinian homes, including partially on Abed’s. It is fenced in, but allows for the space for settlers to shower the small alley with glass bottles and garbage. In the video, a settler boy smugly shouts insults and poses for the video Abed is taking to document the abuse his family endures. In a land where Israeli forces compile photographic databases of Palestinian youth so they can randomly stop them in the streets to identify them as those throwing stones at a brutal military who is occupying, oppressing and brutalizing them day in and day out. But the number of settler attacks on Palestinians with rocks, glass, metals, trash and fists during enduring harassment campaigns far outnumbers the instances in demonstrations where Palestinians rightfully fight back against widely ignored, yet prolifically committed human rights abuses. Thus, where are the databases of violent settlers committing worse offenses so that they can be stopped, they can be identified, they can be detained?

And when Palestinians rightfully fight back, it is my assertion that Israeli forces do not view it as validation of what they want to the world to believe about them as being terrorists, and monsters. It is my belief that they are in shock that with all they have forced Palestinians to endure, with every martyrs death they have had to swallow into their emotional beings just as the earth swallowed their bodies; with every prison cell filled with the twisted and tormented body of a Palestinian criminalized for existing on land that is in the act of a near 7 decade theft, that with all the violence, with all the lies, with all the disproportionate double-binding suppression techniques, Palestinians never stop believing that their roots will hold fast against the fists that endlessly attempt to yank them separate from their land. The land of Palestine.