American Arab in uphill fight to be mayor of Oklahoma

Edward Shadid, the cousin of the late Pulitzer Prize winning journalist Anthony Shadid, is in an uphill fight to become mayor of Oklahoma City against a three-term incumbent, Mayor Mick Cornett.

Polls show Cornett with a comfortable lead as voters in Oklahoma City go to the polls today. Two other names are also on the mayoral contest ballot, Phil Hughes and Joe B. Sarge Nelson.

The polling results were compiled by News 9 Television and the Oklahoma Gazette. The poll shows that 64 percent of “likely voters” would vote for Cornett, while only 19 percent would vote for Shadid. Nelson, a retired businessman, received six percent of likely votes, and Phil Hughes, an electrical engineer, received only two percent. Only nine percent of respondents said they were undecided, according to the poll. 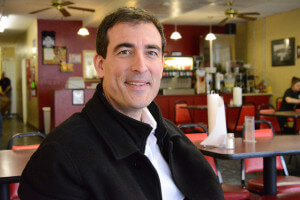 Shadid is American Arab of Lebanese heritage and has been endorsed by the Oklahoma City Sentinel Newspaper, which wrote, “After 13 years with the current mayor in office (ten as mayor, three on the Council), it is time for a fresh voice and a stronger focus on the broader needs and issues for all Oklahoma City residents. For the first time in The City Sentinel’s history, we formally endorse a candidate for public office. The newspaper supports Dr. Ed Shadid, the Ward 2 council member, in the Tuesday, March 4 election. This endorsement is an expression of support for the challenger, not a slap at the incumbent. Shadid aims to establish a more inclusive government. He has spoken to hundreds of groups and thousands of local residents — some of whom say their input in city matters has rarely or never been solicited.”

Dr. Edward Shadid was born and raised in Oklahoma City and comes from a family with century-long ties to the State of Oklahoma. After World-War I era migration to Oklahoma, Dr. Shadid’s hard-working grandparents of modest means emphasized education above all else. They raised children and grandchildren who, along with other members of the Shadid family, have provided healthcare to Oklahomans since before statehood.

Dr. Shadid is a board-certified spinal surgeon who received his undergraduate degree in Political Science from Northwestern University in Chicago. He returned to the University of Oklahoma for his medical degree, trained in general and orthopedic surgery in New York City and then specialized in spinal surgery in San Francisco. Dr. Shadid opened his practice in Oklahoma City in 2001.  The 13,000 patients who have been treated at Spine Care of Oklahoma include a large number of soldiers, primarily from Fort Sill in Lawton.

After surviving being trapped in his car in May 2010 under an I-40 overpass during an EF-4 tornado, Dr. Shadid decided to become part of the solution and within a month filed to run for State House with no previous political experience.  Building on that experience, once it was clear that City of OKC Ward 2 councilman Sam Bowman was going to retire, Dr. Shadid refocused on the constituents of Ward 2. One year later, in April of 2011, Dr. Shadid won the Ward 2 seat election and assumed office.

[03-04-14; Correction: An Earlier version mis-identified the Oklahoma Gazette as being behind the campaign to force Dr. Shadid to release details of his divorce. That campaign was run by the Oklahoman Newspaper.]