John McCain was never a God, just a complicated flawed human The biased and racist news media has turned the late Senator John McCain into a modern day God, not because they loved him and really respected him but because of their shameless politics: they love that he as a senior Republican challenged and criticized… 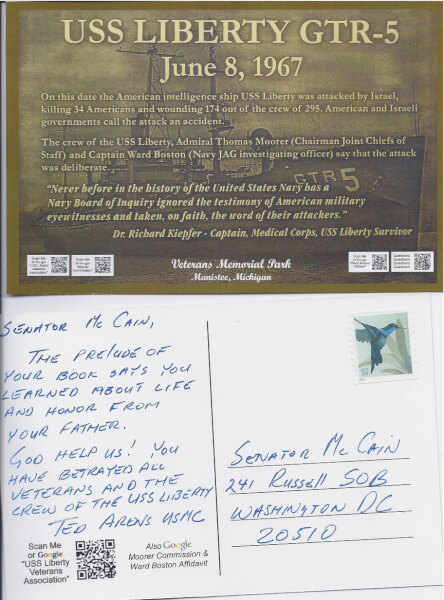 By Eileen Fleming   On Monday at Arlington National Cemetery Congressional Representatives will again be MIA at the annual honoring of the USS LIBERTY; However growing numbers of supporters will be there in body or spirit for the 48th year the survivors remember that day in infamy when Israel attacked their lightly armed spy ship…