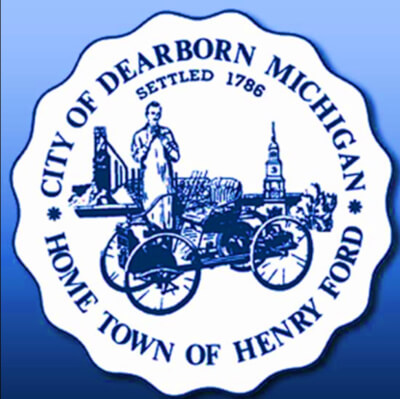 AHRC congratulates Chief Haddad for his service, and his successor Officer Shahin

AHRC Thanks Chief Haddad for His Service, Congratulates Officer Shahin on His Appointment as Chief of Dearborn Police

Over the years Chief Haddad received numerous local and national awards for his exemplary services and his community outreach and engagements efforts.

He believed in and practiced diversity and inclusion and this earned him the National Law Enforcement Museum recognition in Washington D.C. earlier this year.

He was one of their newest exhibits, titled: Post-9/11: The Evolution of American Law Enforcement.

Chief Haddad was one of the first law-enforcement leaders to facilitate and organize a community and law enforcement agencies meeting in the aftermath the national tragedy of September 11, 2001.

As Deputy Chief of Detroit Police Department he planned that forum brining all parties under one roof together during such sensitive times. He made sure that Arab and Muslims American voices were present and were part of the important conversations taking place.

Chief Haddad faced numerous challenges during his tenure. Two of them the Terry Jones crisis and the Covid-19 crisis. Chief Haddad and his team mobilized the right resources and handled the crises in an exemplary fashion.

Chief Haddad’s achievements are numerous. But most importantly, he served the public with respect and integrity. He had an open-door policy. He engaged all the stakeholders, regardless of all backgrounds. He established Dearborn’s first Interfaith Council that included all with no exception. He was responsive to people’s concerns and attended to them personally.

AHRC had the pleasure of knowing and working with Chief Haddad. We are sad to see him retire.  Chief Haddad was a great asset to Dearborn and he will be always remembered and his friendship cherished.

AHRC congratulates the newly appointed Chief Issa Shahin and wish him all the success.

“This country has fine public servants that I had the honor of knowing over my decades in nonprofit work,” said Imad Hamad, AHRC Executive Director. “Chief Haddad is one of the outstanding people that I have known for years and have first-hand knowledge of their dedication and leadership skills,” added Hamad. “We wish him the best in his retirement and we wish the department and its new leader success in continuing to do the fine law enforcement work that the department is known for,” concluded Hamad.