The existential question that can no longer be ignored

The Silicon Valley giant networking company Cisco was again challenged to demonstrate its commitment to transparency and fair employment in Cisco’s operations in Israel/Palestine at the Annual Shareholder Meeting on Monday, December 12, 2016.

The Holy Land Principles, Inc. moved its Resolution/Proposal at the meeting in San Jose.

The Principles are based on the Mac Bride Principles—a corporate code of conduct for U.S. companies doing business in Northern Ireland. Those Principles were launched by the Irish National Caucus on November 5, 1984. 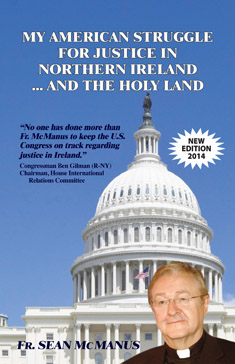 The Holy Land Principles resolution garnished 4.1% of the vote, topping the necessary 3% threshold required in order to re-introduce the same Resolution again next year, which, of course, will be done. Had the Resolution gained less than 3%, it could not —according to SEC rules— be brought forward again for another three years.

Fr. Mc Manus concluded: “Surely no company proud of its fair employment should have a problem in publicizing a breakdown of its workforce as our Resolution urges. Surely it is a reasonable and moderate request— in keeping with transparency and American best practice?

For too long this issue —fair employment by American companies in the Holy Land —was never raised until the Holy Land Principles were launched on International Human Rights Day, December 10, 2012. It was the elephant in the (board) room. Even faith- based SRI (Socially Responsible Investing) organizations were scared to touch it… a betrayal of both Faith and Socially Responsible Investing.”