The Liberation of Aden, progressing but with challenges

Taking control of the Aden province and its transformation into a free and safe area has been a huge challenge to the government of President Abdu Rabbu Mansour Hadi, which has been based in Riyadh before the beginning of the Saudi-led military operation on March 26, 2015.

Forces loyal to President Hadi have finally been able to enter Aden from the sea with heavy military and technical support from the Saudi-led coalition. The predominant, but tenuous control of Aden occurred within  days after failure of a ceasefire declared by the United Nations special envoy to Yemen during the last ten days of the holy month of Ramadan. Mindful of mounting pressure from the international community, the Saudi-led coalition has worked diligently to avoid the past mistakes of the first ceasefire that was exploited by the Houthis and Saleh forces to expand their areas of control rather than easing the humanitarian crisis in Yemen.

The current conflict in Aden has also resulted in a domestic propaganda war in which the Houthis and Saleh forces have attempted to show that Hadi’s forces are not in full control of Aden and that the current unrest in the city is due to a foreign incursion.  It is certain, however, that the liberation of Aden and possibly Taiz in the coming weeks is a clear game changer that could mean the tide has now turned against the Houthis and Saleh.

The initial success of President Hadi’s forces in Aden is due, in part, to the element of surprise and effective military planning, which have undeniably shocked the Houthis and Saleh forces. Moreover, the fact that only several hundred well-trained fighters were able to achieve such a rapid victory against the Houthis and Saleh forces reveals their military vulnerability following massive Saudi military airstrikes on their capabilities and supply networks. In spite of this, the Houthis and Saleh alliance has remained intact because both realize that their political survival depends largely upon their continued military cooperation. Local reports from Sana’a and nearby areas have indicated that some Houthis leaders are now attempting to mobilize more younger tribesmen to fight in Aden, a move of clear desperation.

However, the defeat of the Houthis and Saleh in Aden will not end Yemen’s security problems. Two immediate problems will arise instantly from a defeat of the Houthis and Saleh. First, there is the presence of Al-Qaeda in the Arabian Peninsula (AQAP), which has exploited the political chaos and the absence of effective government in Yemen to expand in many areas—especially in the south. The latest attacks by the Islamic State in Iraq and Syria (ISIS) in North Yemen have targeted mosques attended primarily by Houthis supporters, further complicating security in this war-torn country. In an interview with Abdulghani Aliryani, a Yemeni journalist and political activist, he suggested that the current situation in Aden is unpredictable because “there seems to be no overall plan to the takeover of Aden. No clarity of the next step, including who is to maintain the peace and how to deal with AQAP.” Second, there is the problem of radical secessionist elements within the southern popular resistance against the Houthis and Saleh forces. They see no future for a unified Yemen and have long called for the independence of South Yemen. During the National Dialogue Conference, President Hadi pushed aggressively for the adoption of a federal system of six regions in order to permanently resolve Yemen’s regional issues. However, the current conflict in Aden will certainly make it more difficult to address the southern question.

For now, Aden is poised to turn the page of the Houthis and Saleh if the current victory is cemented by a strong and effective security presence and the immediate flow of humanitarian assistance to save the lives of Adeni civilians. The return of stability to Aden will require rapid and effective action to achieve the opening of Aden international airport to international flights, the restoration of electrical power, and the rebuilding of public hospitals and roads. 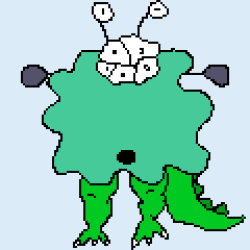