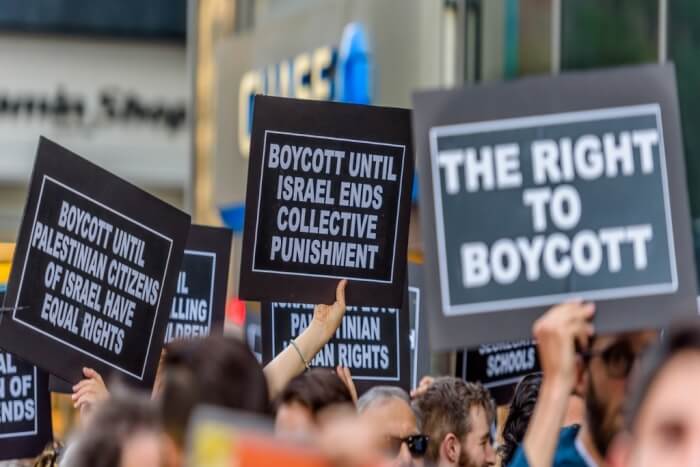 ADC organizes National Call-In Day, Stand Up for Free Speech, March 5 Washington, D.C. | www.adc.org | March 2, 2018 | This Monday, March 5, the American-Arab Anti-Discrimination Committee (ADC) urges all its members to join the National Call-In Day to stand up for our right to free speech and defeat the Israel Anti-Boycott Act. CLICK HERE TO CALL YOUR…

JVP urges companies to stop supporting illegal settlements Jewish Voice for Peace identifies four top companies that are instrumental in supporting the racist, illegal all-Jewish settlements in the occupied West Bank on lands stolen from Palestinian Christian and Muslim owners. Those companies are shameful and include: Caterpillar, Priceline.com, TripAdvisor and Airbnb. These companies are contributing…