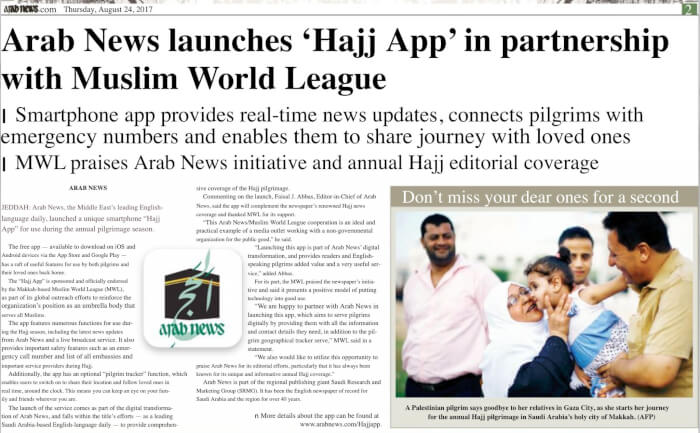 Leading Saudi newspaper launches smartphone ‘Hajj Pilgrimage App’ Leading English Language Newspaper, Arab News creates app that provides real-time updates, connects pilgrims with emergency numbers and enables them to share journey with loved ones with the launch of a new Hajj app that can be used by pilgrims for the 2017 Hajj which begins in…