Taking it to the Streets: March and Rally for The Nuclear Ban

The Nuclear Ban is taking it to the streets of New York City on June 17, Led by The Women’s March Ban the Bomb who are uniting ALL genders, ages, races, abilities, nationalities, cultures, faiths, political affiliations and backgrounds to: March and Rally for The Nuclear Ban By Eileen Fleming Nine countries of the World… 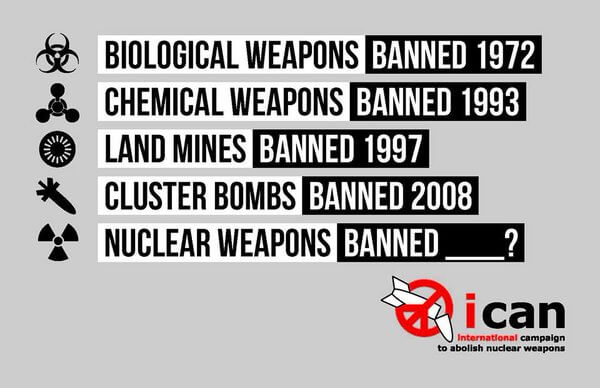 OEWG stands for Open Ended Working Group By Eileen Fleming On Monday 22 February, world governments have the opportunity to participate in the Open Ended Working Group “taking forward multilateral nuclear disarmament negotiations” in Geneva, Switzerland. Through resolution 67/56 the UN General Assembly decided in December 2012, to convene an OEWG to develop proposals for…