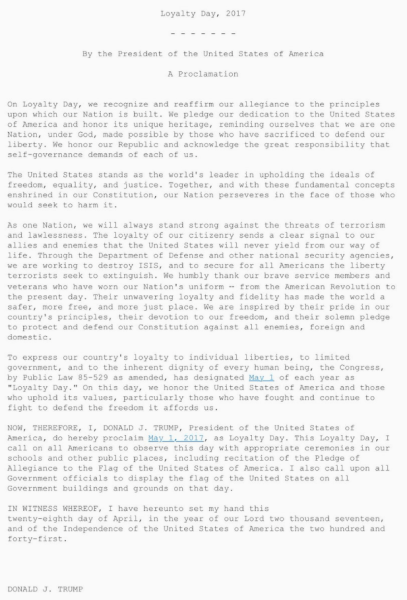 U.S. Congress established Loyalty Day as an official holiday in 1958 with the signing of Public Law 85-529 President Dwight D. Eisenhower issued the first Loyalty Day Proclamation Loyalty is the quality of being loyal to someone or something accompanied by a strong feeling of support or allegiance. By Eileen Fleming According to the U.S….