The USS Liberty survivors have been engaged in a raging First Amendment battle ever since that day in infamy when Israel targeted and attacked America’s premier spy ship as it navigated in international waters on 8 June 1967.

In a single day, in a single action, the Liberty became one of the most highly decorated ships in American history.

Israel’s attack on the USS Liberty killed thirty-four, physically wounded 171 out of a crew of 294 who have been waging an increasingly raging battle for the LIBERTY Veteran’s right to inform their fellow Americans that the American Government did not just fail to support the troops aboard the LIBERTY:

“The American government colluded with Israel in the treasonous cover-up of the attack on the USS LIBERTY and the survivors were ordered to remain silent under threat of court martial, imprisonment or worse. The U.S. government has never challenged the obviously phony Israeli excuse of ‘mistaken identity’ nor have they attempted to expose the dishonorable cover up that continues to date. Truth and America’s honor were ignominiously sacrificed to provide cover for Israel’s transparent lies and despicable act of perfidy.” – Petty Officer Phillip F. Tourney and a former President of the USS LIBERTY Veterans Association

The actions of the crew on that day in infamy ‘honored’ them with a Medal of Honor, two Navy Crosses, 11 Silver Stars and more than 200 Purple Hearts.

The USS LIBERTY was also awarded a Presidential Unit Citation and the Combat Action Ribbon.

To this day most Americans do not know the history of the USS LIBERTY; and neither do most Internationals.

At the top of that list is Mr. Jeremy J. Male, CEO of Outfront Media who has yet to respond to this reporters email and phone inquires RE: 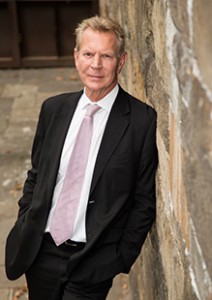 Jeremy J. Male, Chief Executive Officer of Outfront Media, directs all aspects of “the world-class company’s business in the US and Canada​…Born in Chatham, England, Jeremy, his wife, and two children continue to enjoy life here in the U.S. The family currently resides in Greenwich, CT and in between swimming, tennis, music lessons, soccer and rugby practices, Jeremy enjoys escaping to the golf course for some friendly competition.”

Being an American who cannot escape my responsibility as a citizen of conscience I also enjoy “friendly competition” and I comprehend that RIGHTS must be seized!

This reporter’s most precious RIGHTS are guaranteed in The First Amendment concerning freedom of expression and the right of citizens to petition their government.

As a citizen of conscience I joined the growing grass roots movement to establish every June 8 as USS LIBERTY Remembrance Day.

As a reporter I now seize the right to publish my snail mail letter To:

On April 6 I began emailing and phoning your office seeking a statement for publication RE: WHY was the billboard in New Bedford, MA, honoring the USS Liberty Veterans removed two weeks before contractual date with Outfront Media, Inc.?

The sign “The Buck Stops Here” sat on President Truman’s desk acknowledging that responsibility for something cannot or should not be passed to someone else.

Due to decades of US Government cover-ups and The Media’s failures to seek and report the truth about the USS LIBERTY: the buck now stops with you!

In the spring of 1948, Palestine became embroiled in American domestic politics and key advisers pushed Truman to stand for the UN partition of Palestine when the British Mandate ran out. On May 14th Prime Minister David Ben-Gurion read the proclamation of Israel’s statehood and striking the speaker’s table for emphasis, he announced, “The name of our state shall be Israel.”

America recognized the State of Israel but NOT “the Jewish state” or “Zionist state.”

In 1967, H.R. Gross, a Republican Congressman from Iowa, is on the Congressional Record stating: “Is this Government now, directly or indirectly, subsidizing Israel in the payment of full compensation for the lives that were destroyed, the suffering of the wounded, and the damage from this wanton attack? It can well be asked whether these Americans were the victims of bombs, machine gun bullets and torpedoes manufactured in the United States and dished out as military assistance under foreign aid.”

During a November 1967 vote in congress to send six million US tax dollars to build schools in Israel, Representative Gross demanded that “not one dollar of U.S. credit or aid of any kind should go to Israel until there is a firm settlement with regard to the attack and full reparations have been made [and Israel] provides full and complete reparations for the killing and wounding of more than 100 United States citizens in the wanton, unprovoked attack…I wonder how you would feel if you were the father of one of the boys who was killed in that connection-or perhaps you do not have any feelings with respect to these young men who were killed, wounded and maimed, or their families.”

I wonder if this chapter in the saga of The USS LIBERTY could inspire OutFront Media’s experienced designers coupled with your understanding of how the outdoor medium can best address the key issue of the need for America to establish every June 8 to be known as USS LIBERTY Remembrance Day.

Thank you for any response.
Most sincerely,
Eileen Fleming,
Senior Non-Arab Correspondent for USA’s TADN 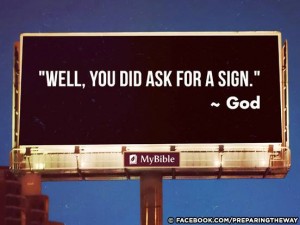 USS LIBERTY Veterans Lieutenant Richard Kiepfer, MD, Bryce Lockwood a Staff Sergeant Marine who had been on a special mission aboard the USS LIBERTY, Ron Kukal, Petty Officer and Communications Technician, and other LIBERTY survivors agree with Tourney’s assessment “It was God that kept the USS LIBERTY afloat.”

“There are no problems, only solutions.” – John Lennon

Comments (2) on “USS Liberty, Outfront Media and The First Amendment”