Posts Tagged “US Campaign to End the Israeli Occuption”

Will US Campaign to End the Israeli Occupation Respond? 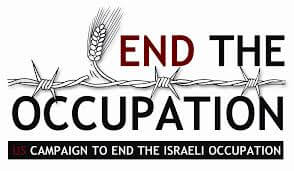 The U.S. Campaign to End the Israeli Occupation is the largest and most diverse coalition of hundreds of groups and organizations working to change U.S. policy toward Palestine/Israel to support human rights, international law, and equality.   By Eileen Fleming with contribution from Hal   The US Campaign will be holding its 14th Annual National…