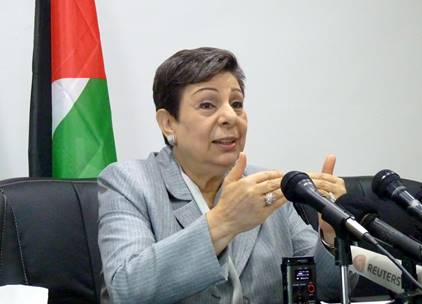 Press Release: Ashrawi laments flaws in peace process, Israeli bad faith Dr. Ashrawi: “The built-in flaws in the Declaration of Principles and Israeli negotiations in bad faith have brought conditions to a critical phase” On the occasion of the 25th anniversary of the signing of the Declaration of Principles on Interim Self-Government Arrangements (DOP), PLO Executive Committee…

Israel’s rejection of Arafat Street reflects rejection of peace Israeli Prime Minister Benjamin Netanyahu stepped in this past week to force residents of an Israeli city consisting of mostly Muslim and Christian Palestinians to remove a street sign etected to honor the late Palestinian President Yasir Arafat. Click here to read Ray Hanania’s column on this…

Israel’s Nuclear facility at Dimona to be renamed after Shimon Peres On Sunday Prime Minister Benjamin Netanyahu announced at a cabinet meeting then TWEETED: I intend to have the Nuclear Research Center-Negev renamed after the late Shimon Peres, who worked to establish this important enterprise This enterprise is important for Israel’s security for generations. I think…

Israeli fanatics go berserk over Obama Jerusalem snub. President Obama released a press release of his remarks made during the funeral of former Israeli prime minister and peace activist Shimon Peres in Jerusalem on Sept. 30. The White House later edited the release to edit the location of the funeral in recognition of Jerusalem’s disputed occupied status…. 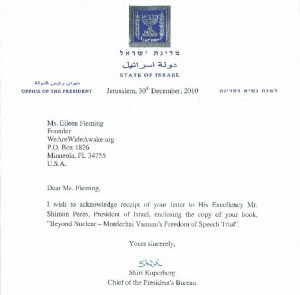 Yitzhak Rabin and The Red House of Zionism

Twenty years ago Yigal Amir an Orthodox Jewish extremist changed the course of history when he shot Israel’s Prime Minister Yitzhak Rabin in the back; But the seeds that fueled his passion for supremacy began germinating on 10 March 1948 in a Tel Aviv house that was painted red. By Eileen Fleming As Israel descends…