Lebanon on a failure track for the near future

Lebanon on a failure track for the near future By Ghassan Michel Rubeiz When I left Lebanon in 1975 I never thought I would stay abroad for the rest of my life. I simply could not imagine that this country would ever reach such a stage of largely self-inflicted decline. The destructive power of politics…

A new prime minister for Lebanon: a change-agent from campus

A new prime minister for Lebanon: a change-agent from campus?  By Ghassan Michel Rubeiz On December 19, Lebanese President Michel Aoun named Hassan Diab, the vice president of the American University of Beirut (AUB), to form the next cabinet. Saad Hariri resigned on October 29, twelve days after nationwide street demonstrations erupted. Stability is eroding…

Regime not listening to the people and future of Lebanon at crossroad The sociopolitical situation in Lebanon deteriorates. A sign of hope is the resilience of the October 17 uprising.  Public protest against the government’s corruption is unprecedented. Led by women and young adults, the uprising is authentic, effective and peaceful.  The central question is…

Hariri shelves his resignation: conditional good news for Lebanon By Ghassan Michel Rubeiz A sigh of relief in Lebanon: On November 22 Prime Minister Saad Hariri put on hold his November 4th resignation in a cabinet which includes Hezbollah Party, in order to negotiate terms for Lebanon’s neutrality in Arab affairs.  “Neutrality,” “dissociation” and “self… 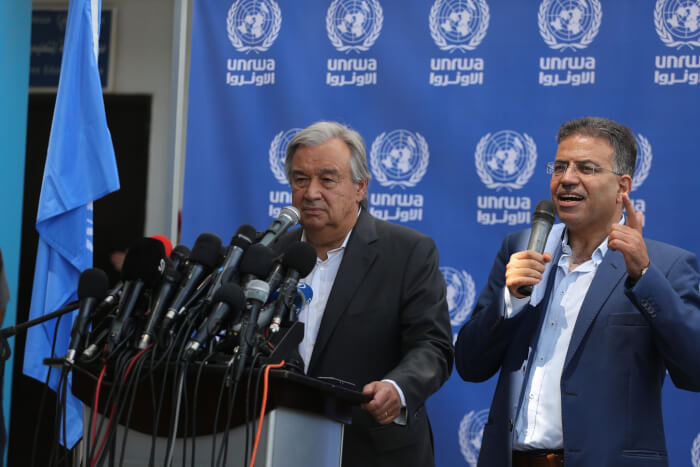 UN Secretary General visits Palestine, Israel United Nations Secretary General Antonio Guterres visited Israel and Israeli occupied-Palestine, meeting with officials on both sides this week including Palestinian Prime Minister Rami Hamdallah in Ramallah, a visit to the Yasser Arafat Museum and also a tour of the economic oppression of civilians in the Israeli-embargoed Gaza Strip….