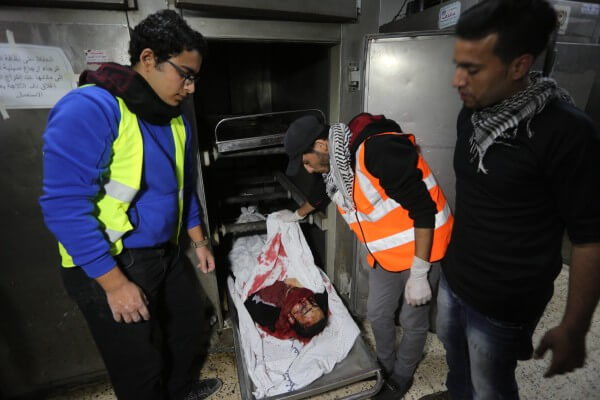 By Mohammed Asad Palestinian protesters clash with Israeli security forces along the border fence with Israel on the eastern outskirts of Gaza City on December 25, 2015. A Palestinian was killed and around 40 were wounded in the clashes that took place at several points along the barrier that separates Israel from the Gaza Strip.