USS Liberty Revisionism: It Started With a Lie

USS Liberty Revisionism: It Started With a Lie In June 1997 (the 30th anniversary of the attack), retired US Navy JAG officer A. Jay Cristol submitted his dissertation, The Liberty Incident, to the Faculty of the University of Miami in partial fulfillment of the requirements for the degree of Doctor of Philosophy, Coral Gables, Florida…. 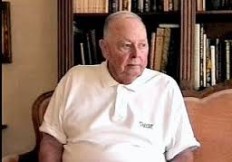