Algeria: “I Can See Clearly Now”

Algeria: “I Can See Clearly Now” “All politics is local,” former U.S. House Speaker Tip O’Neill said, yet in Arab countries all politics is considered global. By Abdennour Toumi  The political tempest that erupted in Algeria last winter is resonating powerfully in the ears of the masses. Algerians are still marching and celebrating both the… 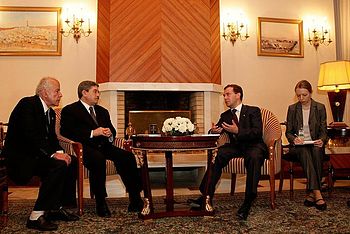 Algeria: Absent State or Clique Domination? By Abdennour Toumi On the eve of the 60th anniversary of the Liberation War, a strange societal and political modus vivendi is taking place in Algeria, and paradoxically, there also exists a parallel for political “change” either in process or imposed. Socio-politically Algeria is no different from any other…