Tyrant, the most racist program on TV

The FX Series Tyrant which features many Arab actors and actresses is the most racist and viciously anti-Arab series on Television. The series, which is in its second season, is the work of an anti-Arab hater and Israeli producer Howard Gordon and writer Gideon Raff. The show was rumored to have been cancelled after last season’s…

FX Tyrant series based on anti-Arab racism and stereotypes 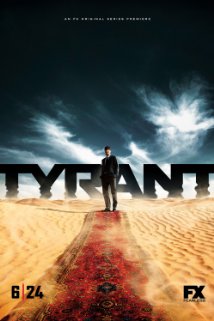 The Cable TV series from FX Tyrant is driven by anti-Arab racism and stereotypes. Not surprisingly, the series is produced by an Israeli who has no compunction to portray Arabs in as negative a light as possible to further libel Arab culture and their just claims against Israel. The real story of greed, betrayal, immorality and…