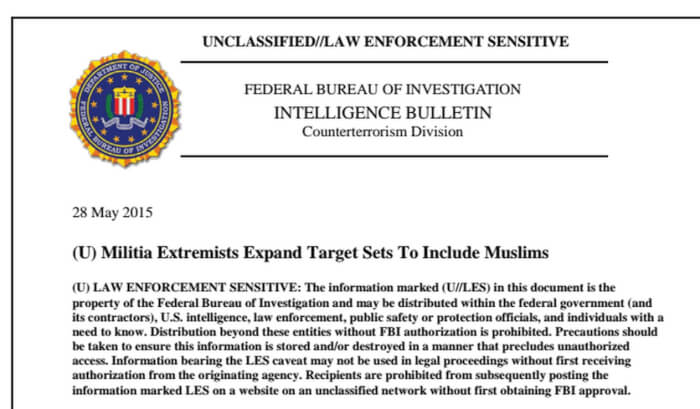 An internal FBI memo obtained by Public Intelligence, the independent news research group, reported last May that extremist and armed American militia groups were planning a campaign of violence targeting Muslim groups, including Muslim and Arab institutions such as mosques and schools. The FBI bulletin was released to police agencies weeks prior to a planned anti-Muslim rally in Phoenix…