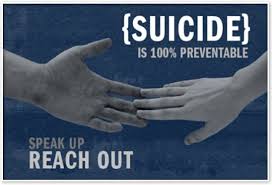 By Eileen Fleming Every day in Gaza at least one person attempts suicide. In the USA someone dies by suicide every 12.8 minutes.   Last week the Palestine News Network reported that the suicide rate in the Occupied Territories jumped 68.4 percent last year. The Al-Shifa Hospital in Gaza, which was destroyed during last summer’s…