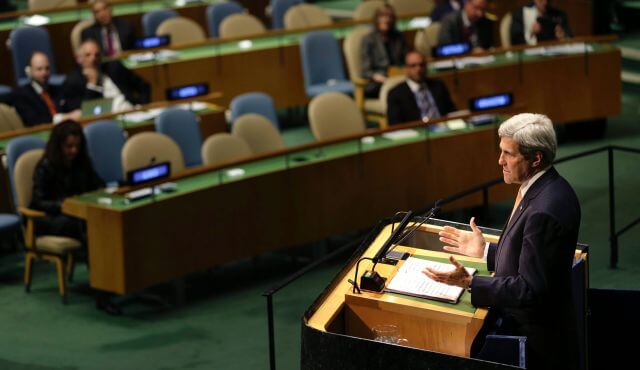 By Eileen Fleming   On Saturday Prime Minister Benjamin Netanyahu called U.S. Secretary of State John Kerry to thank the U.S. for blocking a decision that would task the UN secretary general with convening an international conference on making the Middle East a nuclear weapons-free zone by March 2016. U.S. Under Secretary of State Rose Gottemoeller…