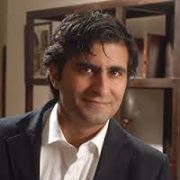 By Amer Sabaileh The Palestinian leadership is facing many problems and conflicts not only with Israel in trying to end the Israeli occupation of Palestinian territories, but also facing major serious conflicts from within its ranks. Intra-Palestinian squabbles are no longer along the Fatah-Hamas divide that define these conflicts, but now it is within the…