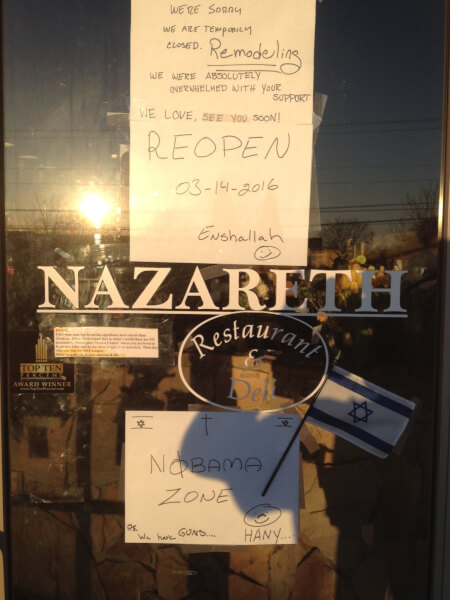 The owner of a Middle East restaurant in Columbus, Ohio continues to struggle more than a month after a brutal machete attack on his customers. The owner, Hany J. Baransi, lives in a world of limbo. He is Palestinian Arab and Israeli from Nazareth, the name of his deli, and he is Christian. The Muslim…