Zoabi seeks to force Israel to be a real Democracy

Israeli Arab politician Haneen Zoabi is critical of Israel’s growing fanaticism, but she believes that Israel can be changed to become a true Democracy. Zoabi is one of five Israeli Arabs serving in the Knesset and leading the new Joint List which has brought together under one party list all of the major Israeli Arab political… 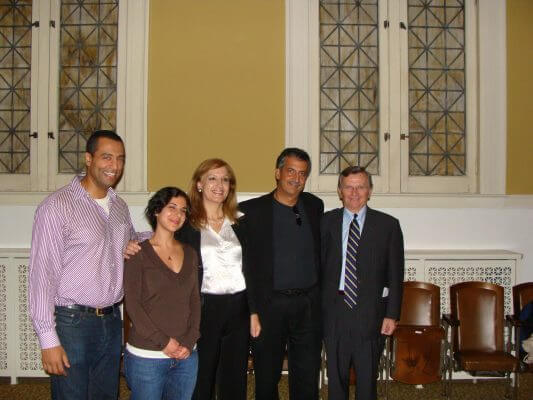 By Ray Hanania Israel’s Supreme Court on Wednesday overwhelming ruled that Palestinian member of the Knesset Haneen Zoabi has an absolute right to run for re-election, reversing the State’s election board which has been steadily embracing Apartheid-like policies against non-Jews in order to exclude them from the election process. Last week, the Central Election Committee…

By Ray Hanania The decision by Israel’s Arab political parties to create a “joint list” in the upcoming March 17 Israeli Knesset elections has put the spotlight on Israel’s historic contradictions claiming on one hand to be a “Democracy” but in reality embracing racist and discriminatory practices. In the past, the majority of Arab Israeli…